Warren vows to fight against being heckled by snotty tweets 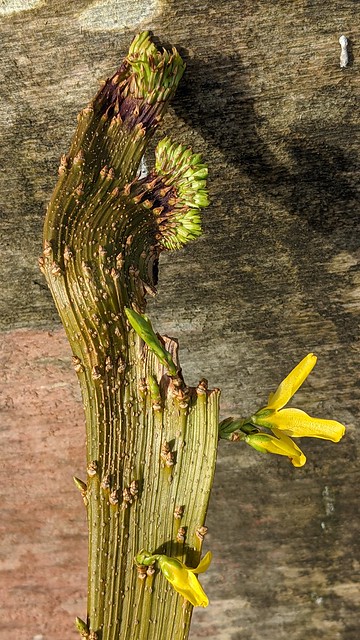 Elizabeth Warren vows to "fight to break up Big Tech so you’re not powerful enough to heckle senators with snotty tweets". Seriously. I didn't make that up. She really said it. What gratuitous abuse of power. And of course she is lying: she isn't being "heckled"; the tweet from Amazon was entirely reasonable.
I think this is part of a generic rule-of-law failure on the part of populist pols like Warren: she genuinely but incorrectly believes that the law should be whatever she wants it to be, not what is written. In this particular case, the Yanqui tax code is unquestionably bad law, because it is so enormous that it is inevitably full of loopholes. And why is it enormous? Because of people like Warren. And how will Warren try to fix this? Partly, as we see, by intimidation. But also no doubt by making the tax law even bigger. Idiot.
Another in-the-news example is the EU, where the pols are trying to direct private business for their own political ends. Again, it's a mix of gangster-like intimidation and threatened extra "rules", which aren't really rules, being so opaque and value-ridden that they would amount to arbitrary rule.
Meanwhile, in the garden: fasciation (sure 'nuff) on my Forsythia. More pix. Don't miss the rhubarb emerging.

* So roughly speaking, the richest Americans in 1982 had inherited money made from extracting natural resources, and those in 2020 had made money creating new technology - Paul Graham.
* Carter The Unstoppable Sex Machine, The Only Living Boy In New Cross (1992) - 143.
Posted by William M. Connolley at 3:12 pm

Warren doesn't write the tax laws by herself, and she's completely correct that they're full of loopholes, because industry lobbyists and lawyers write them that way and bought-and-paid-for politicians pass them. That's how politics works when political campaigns are funded by corporations and politicians owe their seats to them. Amazon knows that and their tweet is brazenly openly mocking her here.

By talking about the tax laws I gave you a loophole to evade this post's main point, and you've leapt right through it. So how about commenting on the main point: Warren's gangster-like threat to break up big tech so that it can't respond to her tweets? Can you bring yourself to condemn that?

She's just trolling them. Keep your eye on the ball.

"she genuinely but incorrectly believes that the law should be whatever she wants it to be, not what is written"

She's an elected politician - aren't they allowed to advocate changing laws? Or are you arguing laws should be immutable once they're as you like them to be?

I think you're reading her words wrongly. "she genuinely but incorrectly believes that the law should be whatever she wants it to be, not what is written" is your interpretation of her words. I think she means she wants the law changed and to 'fight' for that - and she's an elected politician, that's what they do.

Connolley would defend Genghis Khan or Atilla the Hun - in any dispute he can be counted on to defend the predators. Accusing Warren of abuse of power in this case is just typical overheated rhetoric on Dr. C's part.

Warren may have gotten a little ahead of her skis, rhetorically, but the power of Amazon and the other mega techs is immense compared to any one Senator. Amazon is a great corporation - and I spend approximately a zillion dollars there every year - but the notion that its immense market power needs some constraints is on the money.

"Another in-the-news example is the EU, where the pols are trying to direct private business for their own political ends. Again, it's a mix of gangster-like intimidation and threatened extra "rules", which aren't really rules, being so opaque and value-ridden that they would amount to arbitrary rule."

Again, you're criticising politicians who are doing what they're meant to - get elected and make laws/govern. Unless you're accusing them of corruption - in which case a 'put up' would help.

Who would you have make laws? You and Timmy? Big business? Wattsy?

For comparison, we have "Republican ‘attacks’ on corporations over voting rights bills are a hypocritical sham" by Robert Reich.

Did you not approve, or delete, my comment with the Slate link and article?

"Amazon Is Spending the Last Week of the Union Vote Trying to Come Up With Epic Twitter Owns," 3/26/21
https://slate.com/technology/2021/03/amazon-union-twitter-alabama-dave-clark.html

DA: as far as I can tell, based on searching Gmail for your comments, that's the first time you've commented that Slate piece. OTOH I do have a vague memory of seeing your "tweet in context" before. Comments here don't require approval, and AFAIK I've never deleted one of yours.

As for the substance: govt; elected politicians; aren't allowed to behave like gansters even if they think corps are doing bad things. And twitting "I've going to break you up so you can't Tweet" is behaving like a gangster.

Oh, and while we're on that, I guess Amazon workers in Alabama vote against forming company’s first union for the record. See-also Timmy.

Politicians aren't allowed to troll, be sarcastic, joke, return a punch in kind? This is America, kid, not Britain.

I don't think pols should troll; and I don't think Warren is trolling or joking; I think she is serious. And what does "return a punch in kind" even mean? Amazon hasn't threatened to break Warren up. They (correctly) noted that pols, not corps, write the tax laws; an embarrassing fact that Warren and her ilk would rather forget.