A piece of Olde Englande

To Swinbrook, near my mother's house. First a bluebell wood, which is lovely, though there isn't much to say about it. Not strictly speaking public. 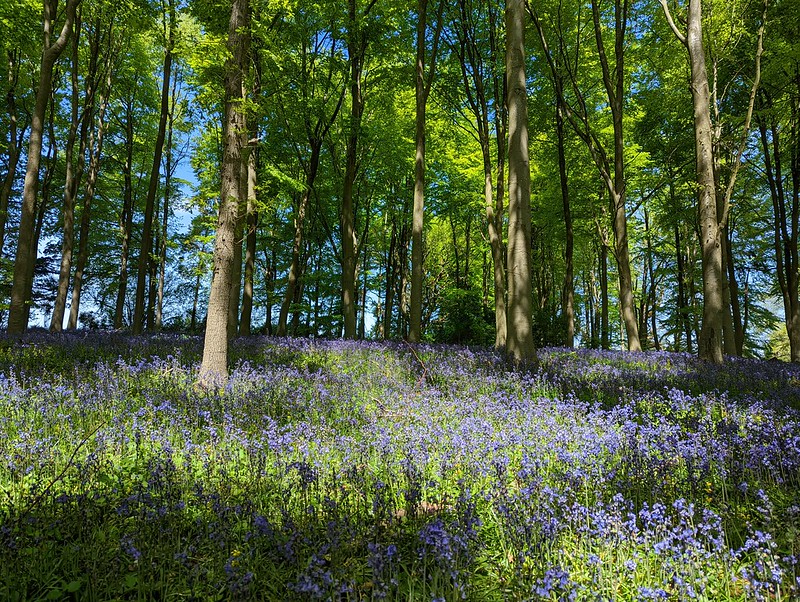 There's a line of pollarded willows along a tiny stream, also lovely. 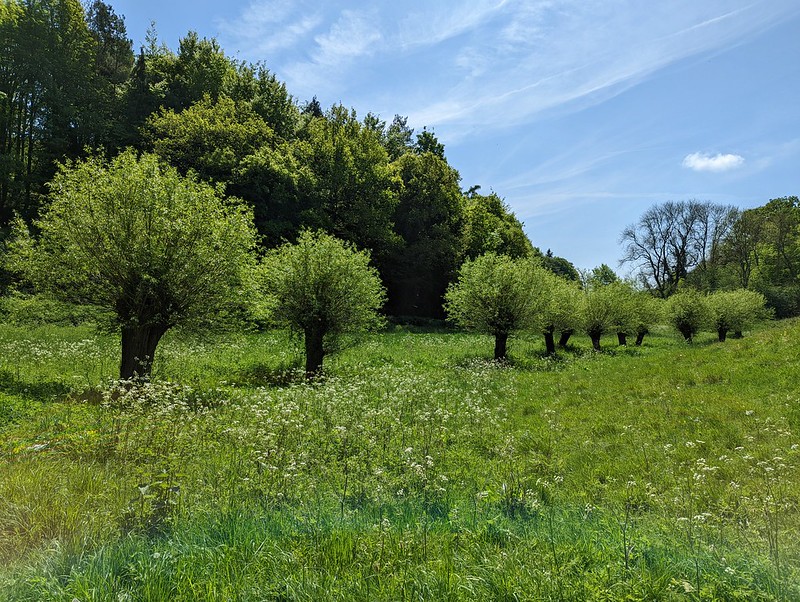 Swinbrook itself is a tiny village mostly hidden behind walls, the marvel is the church, and the Fettiplace memorials. 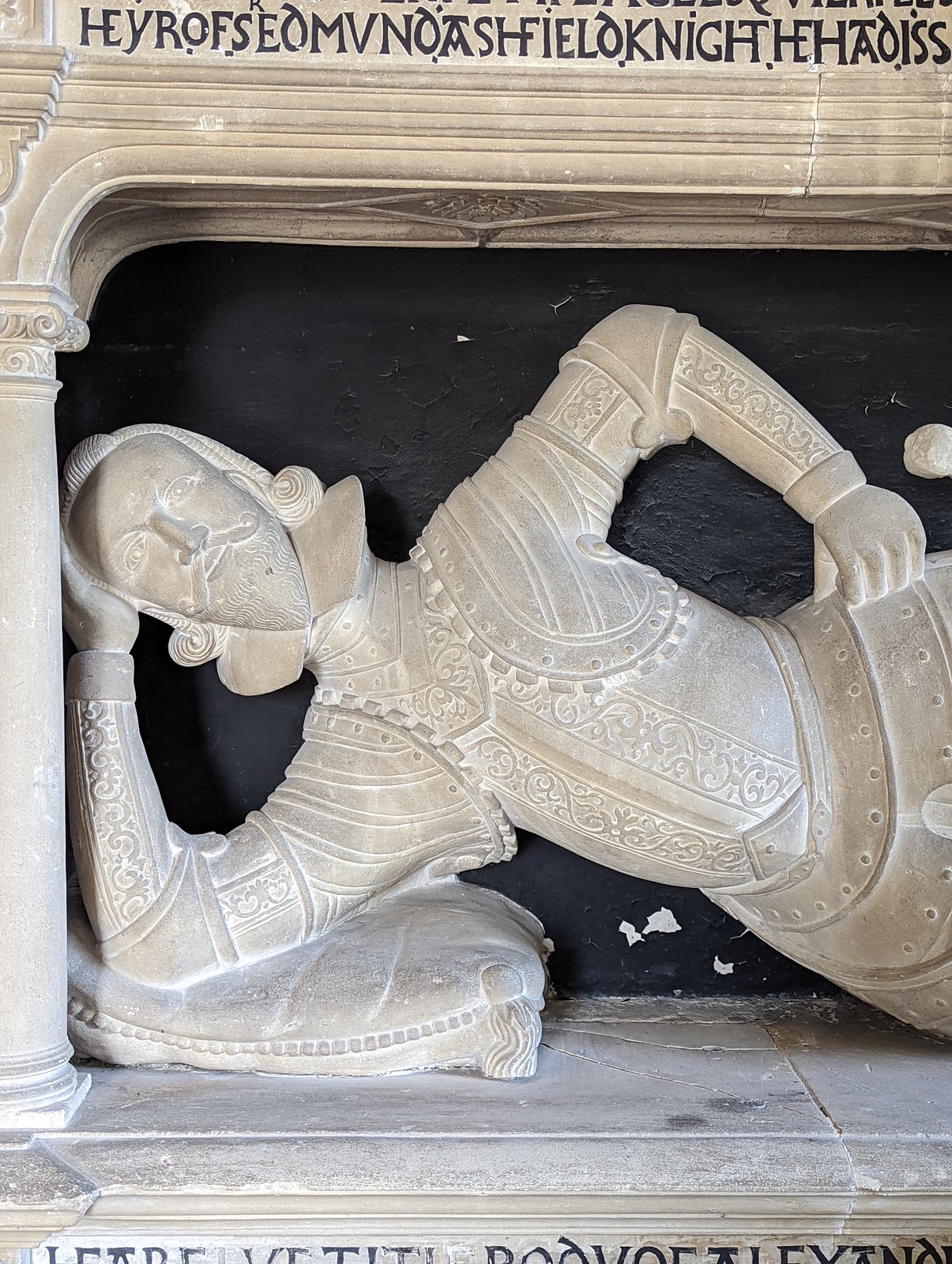 A general view. Other pix here. 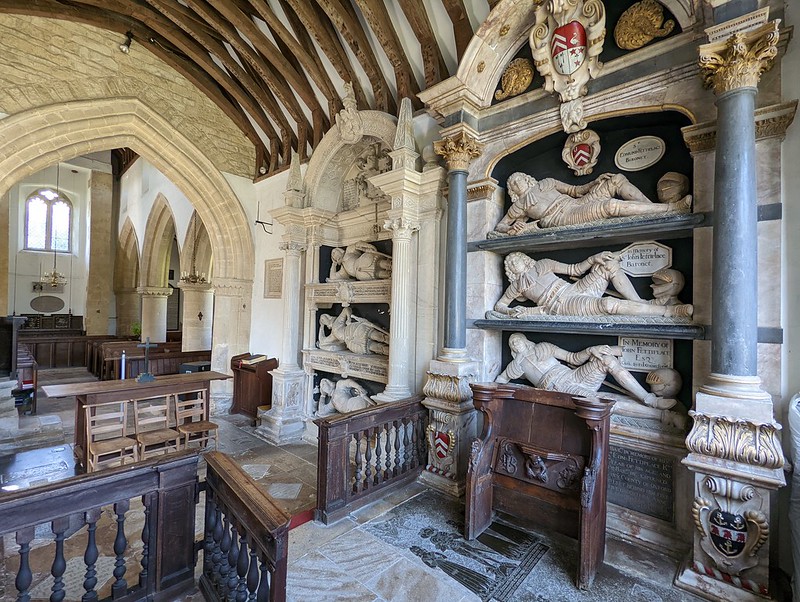 The older ones are weirder, the postures being so stiff and unnatural; the newer ones are more believable. Yet more proof that our ancestors were weirdos. There's a poem, I think to the one who commissioned the first monument: 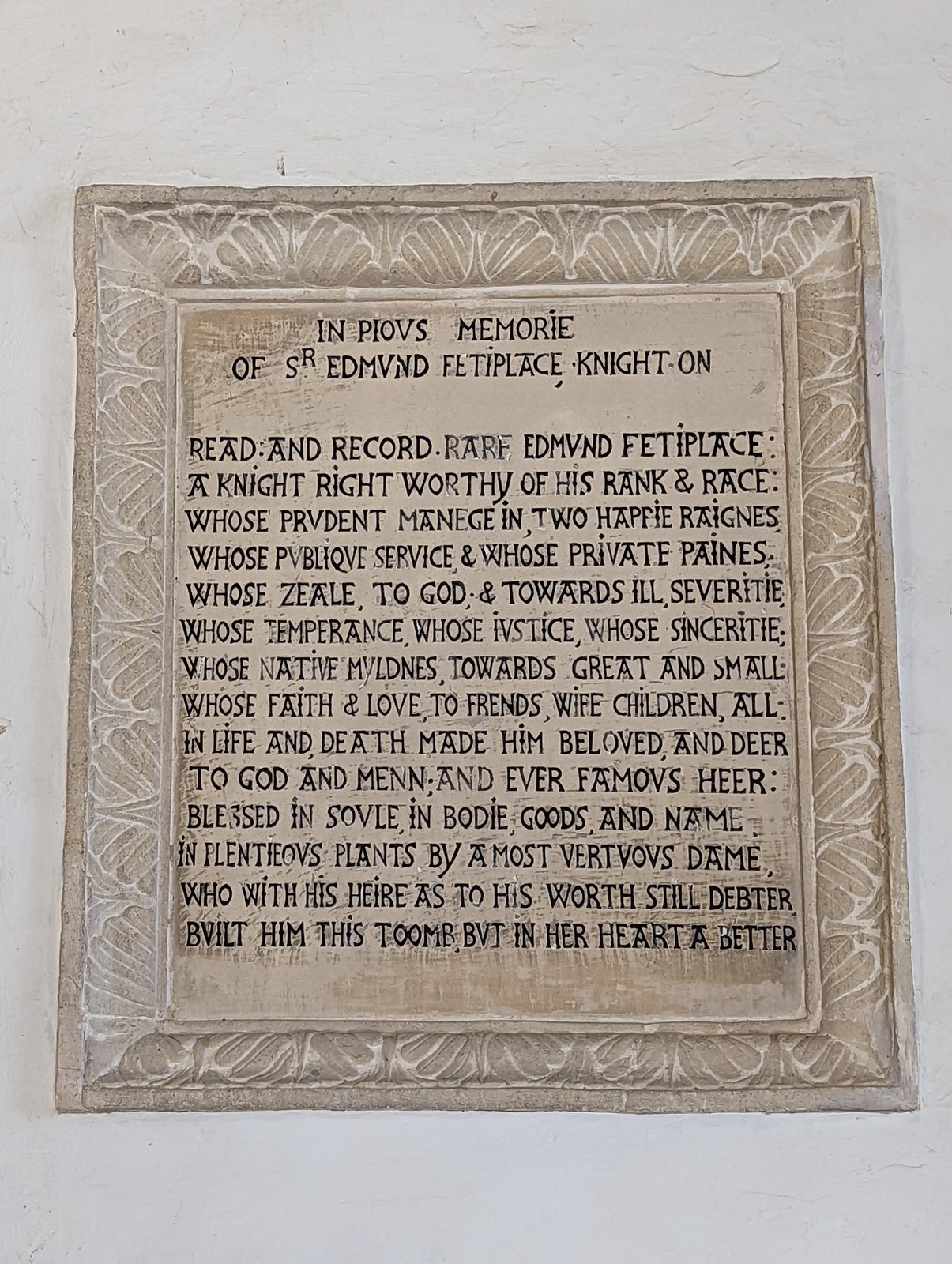 See-also the table of benefactions, which shamelessly reveals that they lost Charles Fettiplace's £100 gift of 1713. Outside, some old tombs. 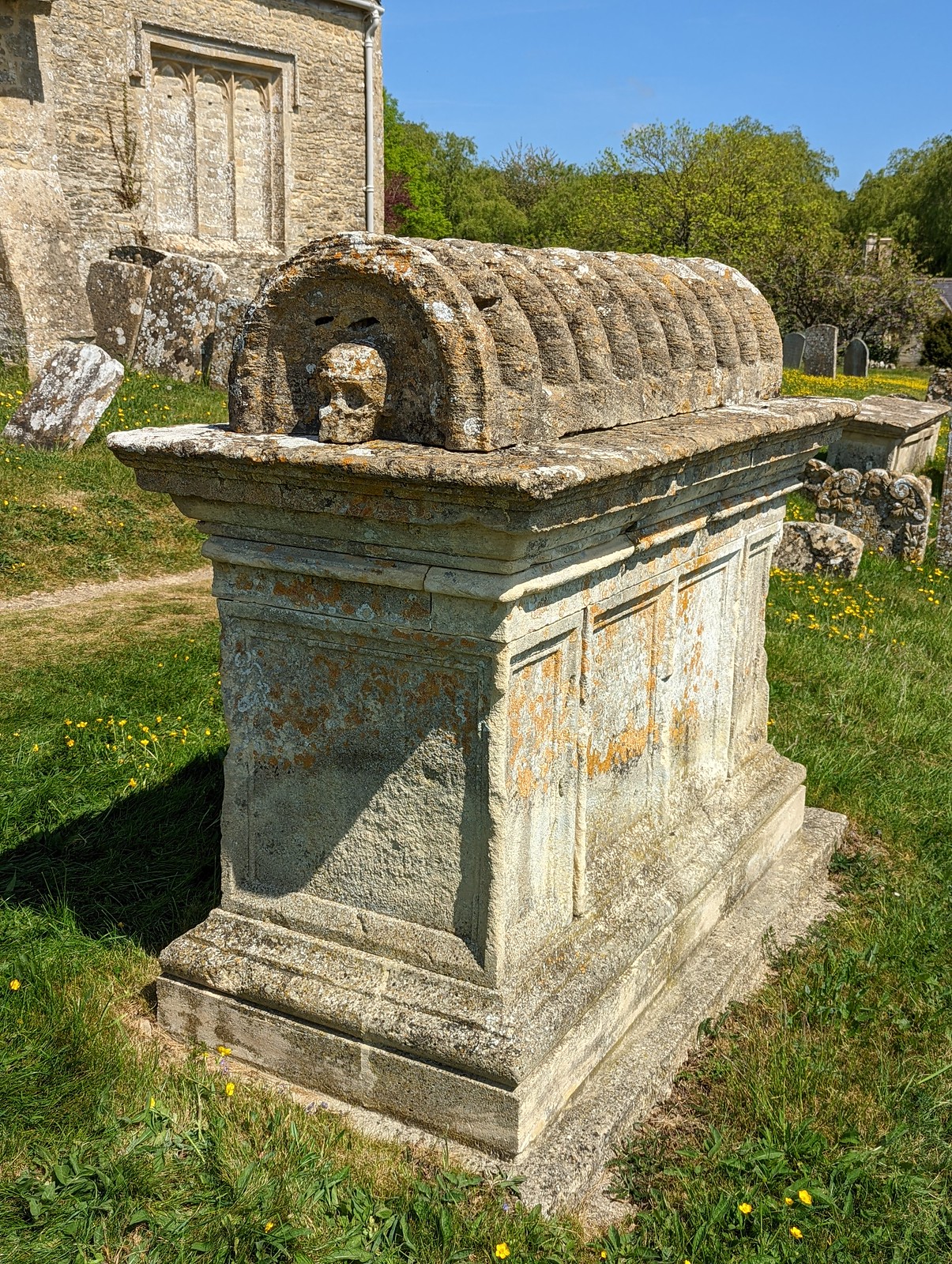 The curious "killer Dougal" effect isn't intentional: the bundle is apparently intended to represent a woolsack, the wealth of the region. And coming somewhat more up to date, the ill-fated Unity Valkyrie. 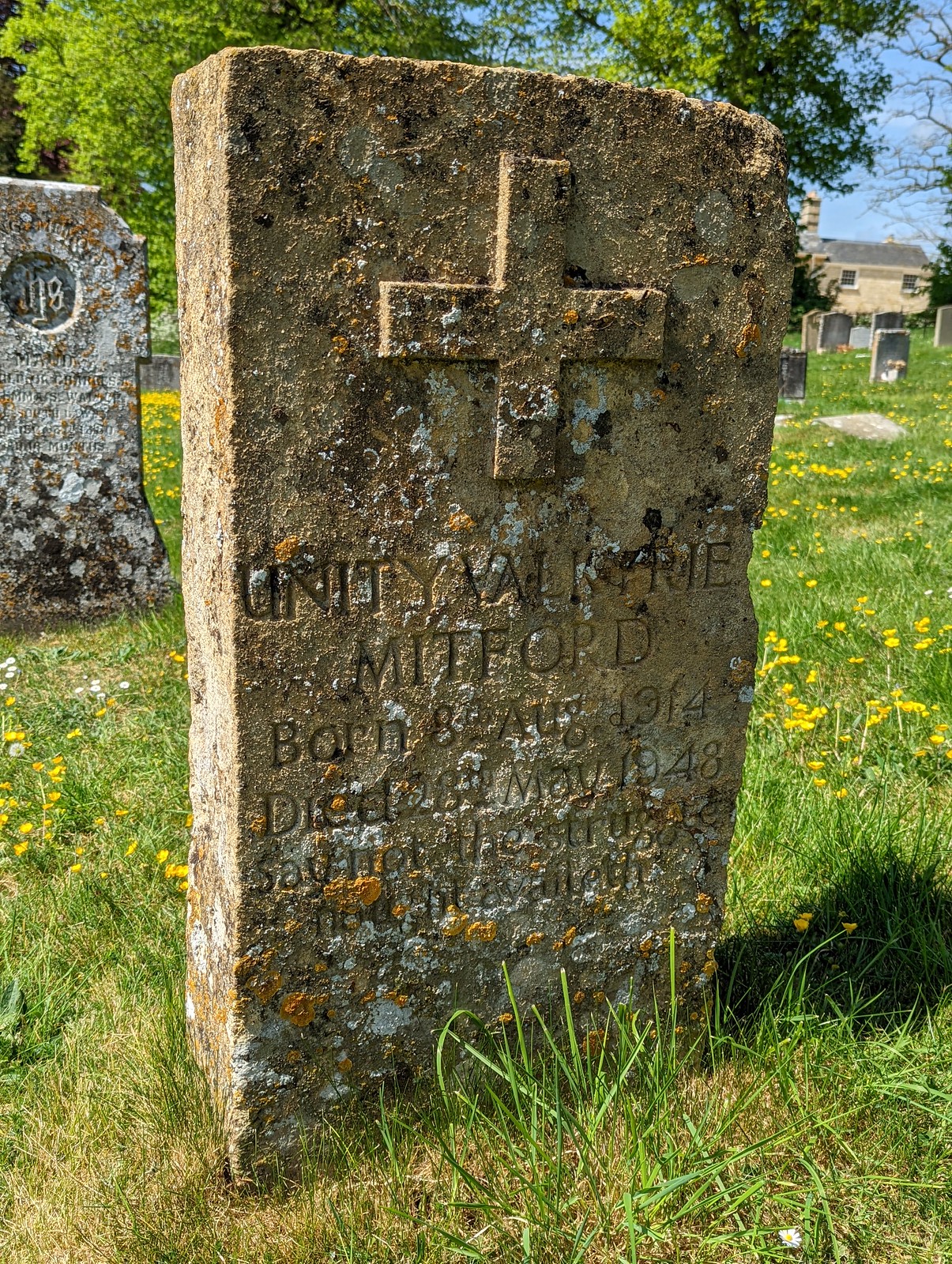 The nearby Swan Inn is decent, and has tolerable taste in toilet posters.

Posted by William M. Connolley at 9:13 am

It made me picture a Woman of Manners reflexively murmuring the polite "no, don't get up" when she enters the room. But yes, I could see that the more recent Fettiplace men had decided they didn't want to end up looking like old so-and-so for all eternity.

Always nice to know who people are.