Alsup: the Graun steps up to the plate 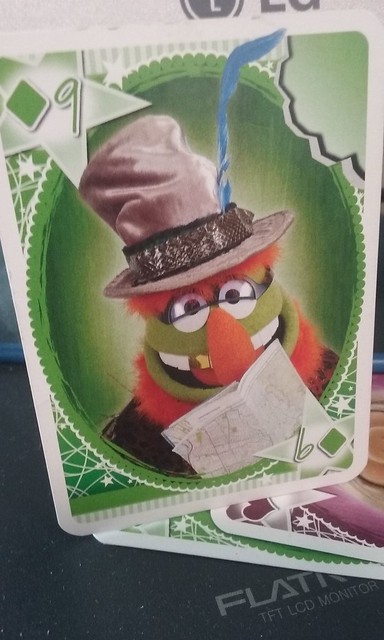 Keen to show off their skilz at answering Alsup's questions, the Graun falls flat on its face. We read:

What is the molecular difference by which CO2 absorbs infrared radiation but oxygen and nitrogen do not? It’s rather complex, but basically the molecules of gases such as carbon dioxide are able to bend and slow down solar radiation bouncing off the Earth and returning to space. Nitrogen and oxygen aren’t able to do this and so do not have the same greenhouse impact upon the planet.

The "It's rather complex" link is to a long complex doc which I think in the end does provide the answer, but only after so much that anyone who doesn't already know will certainly give up. Why couldn't they just use RealClimate's "somewhat unique" answer? Or even HKL.

To nit-pick "able to bend and slow down solar radiation" is ambiguous. Does it mean the CO2 is able to bend, and that therefore it can slow down solar radiation? Or does it mean that CO2 is able to "bend and slow down" solar radiation? As a test, I forced the question on my highly intelligent 16 year old daughter, who didn't understand the science, and who found what the Graun had written of no use; but when forced to choose, went for the "bend and slow down" version, since there was no comma. I then explained the right answer - at the simplified level that I understand it - and she understood. So I think it is disappointing that the Graun wimped out; there was the chance to explain some interesting science.

And secondly, although you kinda know what they mean, "slow down solar radiation" is wrong. Solar radiation moves at the speed of light, or something not far off, in the atmosphere. Also, CO2 is essentially transparent to solar radiation.

Oh, but thirdly (and I only noticed this when my wife, also highly intelligent, read the Graun's text and also failed to make any sense of it): there's solar radiation bouncing off the Earth and returning to space. Is this is what Alsup is going on about with his rather silly Q4?
Posted by William M. Connolley at 9:37 pm


The questions Alsup asked shows a reasonable level of knowledge about the science behind climate change.
It was bait to expose the defendants methods.


Both denial groups who submitted were asked by the court to supply details of links or funding to industry groups.
http://blogs2.law.columbia.edu/climate-change-litigation/wp-content/uploads/sites/16/case-documents/2018/20180319_docket-317-cv-06011_request.pdf

I was under the impression that funding arrives via third parties so that links to the fossil fuel industry can be denied.

Yesterday I swear I found a convenient source for all the dox, http://climatecasechart.com/case/people-state-california-v-bp-plc-oakland/. But today that seems to have turned into junk. Odd.

I read the responses. Oh, but Monckers prose is prolix. Set him to digging holes in the ground.

Millicent: maybe, but if you read the dox you'll see they are quite open. But that's no surprise: no-one would pay Monckers anyway; L has been Emeritus for ages, and so on. I think the rumours of individual "scientists" getting vast payoffs are just wrong.

"I think the rumours of individual "scientists" getting vast payoffs are just wrong."

Donors Trust and Donors Capital Fund distributed nearly $120 million to 102 think tanks and action groups skeptical of the science behind climate change between 2002 and 2010.

That's just one funding route. And organisations active in hindering prevention of climate change disaster seem to draw from the same small list of people for their scientific advisers.

I think you need to be more careful. The source for that is https://www.theguardian.com/environment/2013/feb/14/funding-climate-change-denial-thinktanks-network but I'm doubtful of its reliability. It says for example "The funds, doled out between 2002 and 2010, helped build a vast network of thinktanks and activist groups working to a single purpose: to redefine climate change from..." but I don't think that's true.

They are counting funds supplied to "think tanks" which had any number of purposes, from GW to tax reform and regulatory matters. I think Suzanne Goldenberg has been lazy here, in which she is echoing many others. I don't think you can tell how much of the $120 million went to GW, or even if it was a significant fraction.

They don't pay well.
We have seen how little money is actually required to skew public opinion.
For fun I just had a look at Hartland institutes list of advisers.
https://www.heartland.org/about-us/who-we-are/?page=13&type=policy-experts&q=
How many of those familiar names are on retainers?
How many get retainers from their other affiliations?
120 million is SFA over eight years among the hundred or so at the center of global climate denial.
Especially when you add in conferences, travel,publications,lobbying,campaign contributions.
Its an industry.