Notes from the Economist 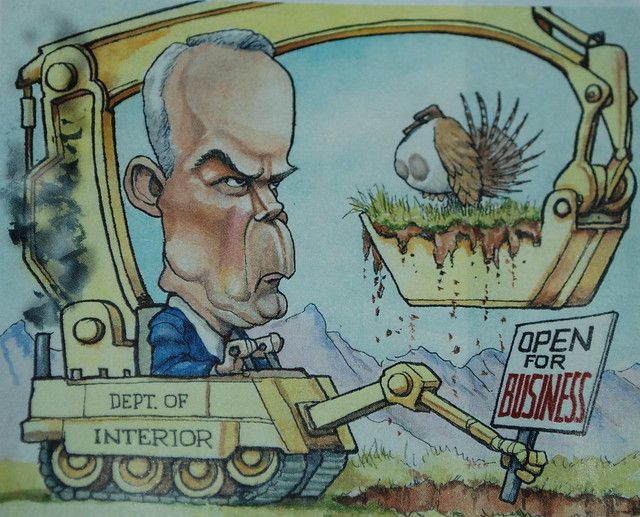 The Economist is usually interesting; this week has more than usual. The first, which they title A row over an avian exhibitionist suggests how badly Ryan Zinke is serving America, is about yet more Trump administration blundering around acting without thinking; shades of my last post's warning about acting without thinking; it doesn't just apply to honeybees.

Britain’s space industry, Brexit’s final frontier is about Britain losing access to Galileo, the Europen version of GPS. Since the entire project is stupid, losing access to it will be fine, but for some reason TE is unable to see that; instead focussing on the usual stupid argument that we'll lose hi-tech jobs. Meh. Building satellite payloads seems to be lucrative but we should1 build ones that make commercial sense, not stupid ones built purely because Brussels has US-envy. Also, the reasons we'd lose access to it make no sense at all, other than politicking by idiots.

Chinese investment may help Greenland become independent from Denmark is sort-of about that, but the bit that interests us is


SHORTLY before the start of UN climate talks in Paris, in December 2015, giant blocks of ice were shipped in from Greenland and left to melt outside the Panthéon, reminding conference-goers to get serious about global warming. Ironically, a mere 48 hours after the talks concluded, Greenland, a self-governing part of Denmark, said it wanted to opt out of the climate agreement that had just been reached. The melting of Greenland’s ice sheet, which covers 80% of the island, has turned out to be an economic blessing for most of its 56,000 residents, 90% of whom are Inuit. The territory boasts a tenth of the world’s known deposits of rare-earth metals, and the receding ice is making more minerals accessible for the first time. More bits of the island are also being opened to tourists.

Which should remind us, yet again, that GW will have winners and losers. Meanwhile, Small isn't beautiful is about the swathe of countries with declining populations. It says all the usual obvious things, and I only mention if because of my recent foray into the Papia Poppaea law of Augustus.


1. When I say "we should" I of course mean the govt should get out of the way and let people build what satellite payloads they like.

* I AGREE WITH ABU HAMZA- UP TO A POINT - Harry Hutton, on the button as usual.
Posted by William M. Connolley at 6:55 pm