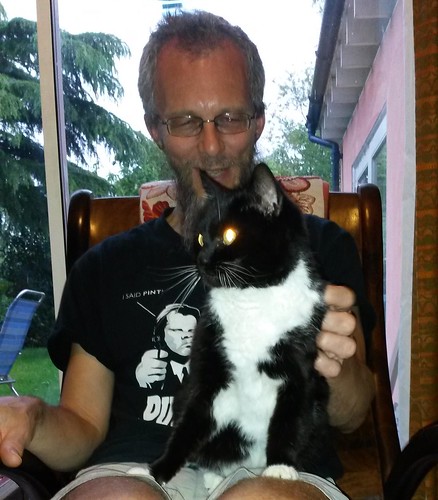 The constituion sayeth the familiar A well regulated Militia, being necessary to the security of a free State, the right of the people to keep and bear Arms, shall not be infringed. People don't like the unrestricted right given by the second half, and tend to argue that the first clause renders the rest void; but that doesn't seem to work. Also, people tend to like the idea of removing assault rifles out of the hands of people, even thought those are probably the most useful things for a militia. 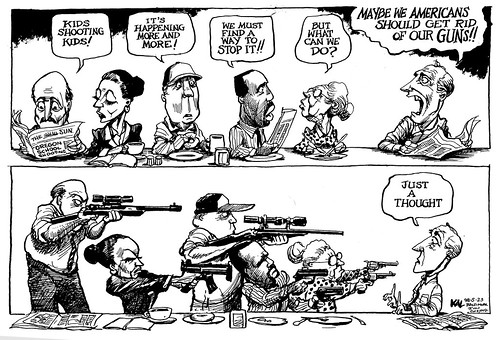 [ps: I wrote this in February but have hastily finished it now as a response to CIP. Also by happy coincidence I now have a pic of our new weaponised cat available, and me wearing a tee-shirt proving my support for gunz]
Update: I add the Kal cartoon. Because, unthinkingly, it illustrates something he has instinctively drawn but has failed to notice: that lots of USAnians, of all different types not just dead white conservative males, like their gunz.


* Armalite and ballot box strategy.
* What many don't know is the Constitution's *other* militia clauses that give the 2A context
Posted by William M. Connolley at 11:26 am