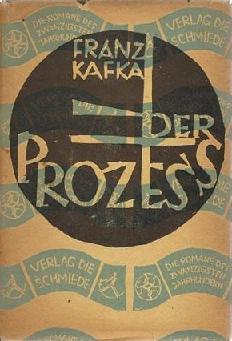 Someone must have traduced Joseph K., for without having done anything wrong he was arrested one fine morning. Not entirely applicable to the current fuss, but an arresting start to a book, which I read when I was far too young: about sixteen. I really should re-read it some time. And - before you get carried away - no, I am not making and would indeed deny any analogy between the bizarre processes described in The Trial and the current situation; I just like the text. So, we turn to Brett K and his travails.

TL;DR: he should not be confirmed, on balance of evidence.

I'm kinda tempted to leave it at there, but can't quite bear not to write down my brilliant and insightful reasoning. In brief, the sexual assault allegations against him are - at this point - too thin to carry sufficient weight; but his own recent testimony is, on balance of evidence, enough to convict him of lying.

I'd like to rely on someone else's analysis. Unfortunately the matter has become so partisan that almost everyone's words are near worthless. Unlike mine, of course. So if we think back the the now-almost-unimaginably-distant time after the first hearing but before the sexual assault allegations, we can categorise people into for and against. If we then step forward to now, we find the same people in the same camps, some of whom admit that they simply hold the same views more firmly and believe of deny the allegations accordingly, and others who pretend that the allegations have tipped them over1.

The Economist (I generally like to be able to agree with them, Pinko-Crypto-Lefties though they are) sez Brett Kavanaugh’s testimony disqualifies him from the Supreme Court and I largely agree with them, except in some matters of tone. There are too many lies, though I also find myself disagreeing with people of what exactly are the lies. So I won't commit myself to exactly what are, and what aren't4.

On the question of whether this has all become so partisan, and K has - in part, simply in defending himself - come to attack the Dems in a partisan fashion, I'm rather less sympathetic. The Dems I think did go all-out to attack him. An ideal candidate would have remained above such a fray but failure to do so is too understandably human to disqualify him. CIP asserts that K will seek revenge; that would certainly be human; the Dems have made it quite clear that they regard K as their sworn enemy. But CIP also assert that There was every reason to expect him to be an utterly partisan justice from the get go, so it isn't clear what margin for "revenge" CIP thinks there is. But on yet another hand, I don't think CIP is right in that last, so the "revenge" question, not as far as I can see addressed in mainstream analysis, is interesting. And calls into question the Dems strategy: if you're going to lose, why lose in such a way as to antagonise the winner? Unless you're going to gain something precious by dying in the ditch.

The other side lied too


Lest I be misunderstood3, I think the other side has lied too2. This initially confused my thinking, because people were bandying around terms like "due process", and so it was natural to think of it as a "trial" in some sense, and so there was some balance to be struck, and their lying some defence on his part. But it isn't; so the "other side" lying is irrelevant to his fitness to serve; and anyway there isn't "another side" on the supreme court.

That the Dems are really pissed off is not strange, but being pissed off is not a strategy. On balance of evidence (and not on beyond-reasonable-doubt) I think the use of the sexual assault allegations was a tactic, and the delay deliberate; but that doesn't make it wise; nor indeed the strength of their previous opposition. Were they, perhaps, trapped in what their fanbase insisted on getting?

I like Brian's solution: regain Prez and Senate, and appoint two more judges5. This has the advantage of being about as outrageous as the Repubs antics over Merrick Garland, but equally legal. It might also set a precedent, that might help prevent similar antics in future. At least it might, if both sides have the sense to step back from the obvious tit-for-tat war that could ensue.


Everything was better in the Olde Dayes, of course. Politics was conducted with decorum, by dead white men wearing wigs. Or was it? Who said:


And these discussions, whether relating to men, measures, or opinions, were conducted by the parties with an animosity, a bitterness, and an indecency, which had never been exceeded. All the resources of reason, and of wrath, were exhausted by each party in support of it’s own, and to prostrate the adversary opinions.


1. Arguably the American Bar Association has sort-of changed it's mind, in that it argued for a careful examination of the accusations and facts by the FBI. Well it has had an investigation, and we don't know if the ABA considers it careful; one might hope not. Perhaps their current opinion is the hard-to-read New information of a material nature regarding temperament during the September 27th hearing... has prompted a reopening... does not expect to complete a process and re-vote prior to the scheduled Senate vote. Our original report must be read in conjunction with the foregoing. Our original rating stands. If they'd left out the last sentence it would make sense.

3. Obviously, simply writing that will prevent me being misunderstood.

4. For example, for fans of the "Devil's Triangle" being obviously sex and definitely not a game, note that the current wiki page carries neither; there's currently a discussion of whether the sex version should be included, which appears to be leaning towards "no".
5. [2021/11] I now regret saying that. Thank goodness no-one reads this stuff and holds me to account. Well, I like it in the sense of it being outrageous; but I don't think it would be a good idea. Too much tearing-at-the-fabric-of-society type stuff.