The producers of hydrocarbons have made astonishing returns over decades? 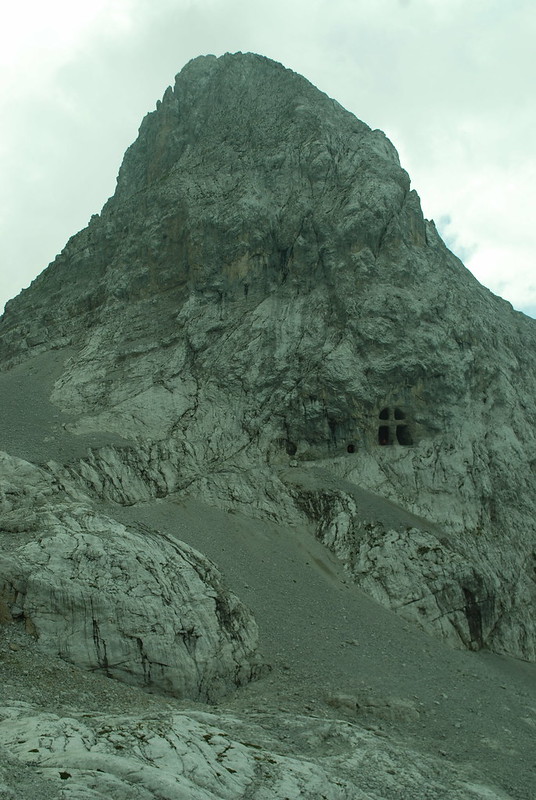 The Carbon Majors Report, linked by the Graun (under the Just 100 companies have been the source of more than 70% of the world’s greenhouse gas emissions since 1988, which I was so rude about), sez


‘Carbon Majors’ offers insight into responsibility from the perspective of the producers of hydrocarbons; those companies that have made astonishing returns over decades through the extraction and production of greenhouse gas emitting products.

Normally one's eyes pass straight over that kind of stuff as boilerplate, but just for once I read it, and thought "huh? Really?". It is fine rhetoric, but how does it compare to reality. This matters, of course, in two ways: for one, part of "the people's" anger at FF companies is them making vast unjustified profits; and the second of course is that luvverly idea that there are oceans of profits just waiting to be taxed to pay for damages.

Quora from 2017 offers me about 4.5% for Exxon. Forbes, in 2011, says on average, between 2006 and 2010, the largest oil companies averaged a profit margin of around 6.5%. This pales in comparison to profit margins in just about every other industry. The pharmaceutical industry, for example, routinely averages a profit margin of about 16%. The soft drink market is even more lucrative... And so on.

So it is hard to see their profits as "astonishing", or even much out of the ordinary. Which is what you'd expect: oil is a competitive industry, there isn't much room to make extraordinary profits.

Related to this is The big lie we’re told about climate change is that it’s our own fault over at Vox. It's the usual anguished stuff and rather carelessly written. It's also rather vapid: stripped of the emotionalism, there's almost nothing there, apart from the assertion that it isn't our fault, oh dearie me no not at all, it is all the Evil Oil Companies to blame. Weirdly, having got that bit wrong, it then gets we can’t pretend that some unnamed cavalry is coming to save us. We are the adults in this room. We have to save ourselves right, which is a nice surprise. At least, the words are fine (apart from the dubious assertion that such people are the adults). Is the hyperlinked list of "10 ways to accelerate progress against climate change" any good?

#1 is "Price carbon emissions" which is a good start. They spoil it a bit by offering DR's quibbling at the end, which is all a recipe for special interests. #2 is "Subsidize clean energy, and end subsidies for dirty energy". Meh. And, so on. I think I'll not go through them in detail here; I'd rather have a separate post on "what to do".

[Pic: Dolomites, chapel carved into the rock, at the Apostoli hut.]

I wonder what kind of profits a giant like Exxon could have made if it had lead the transition to renewables rather than trying to perpetuate the old business model and tying up so much money in Russia.

I doubt it would have done well. Exxon has no particular expertise or experience in renewables; they would have no advantage over a complete newcomer.

Indeed, why would you want them to do this? Suppose we have two firms: one of which does fossil fuels, one does renewables. Then you can compare their profits. If you - and people in general - think the renewables one is likely to do better, then you direct your investment that way. There's a clear mechanism for society-at-large to make the choice.

But if the fossil fuel company does renewables too, then things get muddy. You can invest in the FF&R company, and hope the internal company management directs the flows as you might like, but that's a bit of a stretch.

However, as a business, Exxon will get almost nothing from this leadership. This was almost 40 years ago. Patents have long since expired. If electric vehicles mostly displace gasoline and diesel powered vehicles, Exxon would have invented the key technology to kill the oil business, which is the vast majority of Exxon's business.

This is an example of a poor business decision that greatly benefits everyone other than the business that funded the research.

Think about this. Our future likely depends on Lion batteries, invented by Exxon research, which will likely kill Exxon as a business.

Percentage may be low, but total can still be quite high: see https://en.wikipedia.org/wiki/List_of_largest_corporate_profits_and_losses showing the oil & gas industry doing quite well.


On the question of whether Exxon should get into renewables: in a world with perfect, rational competition, it wouldn't matter. If renewables were profitable, either a new entrant or an Exxon subsidiary would do well, and the market would reward them, and they'd grow. But the world isn't like that. I could think of several reasons why one would want companies to diversify into their own competitors, the primary being that large, existing entities have large amounts of lobbying power: if they win either way, they are less likely to lobby against, say, carbon taxes.

"If electric vehicles mostly displace gasoline and diesel powered vehicles, Exxon would have invented the key technology to kill the oil business"

The need to combat climate change is going to kill Exxon and the other fossil fuel companies. The only issue there is what proportion of humanity they take with them to the grave.

If I was an investor I'd invest in something with a future, not go exploring for more of something that will have to be left in the ground.

"The need to combat climate change is going to kill Exxon and the other fossil fuel companies. The only issue there is what proportion of humanity they take with them to the grave."

However, even if there was no issue with climate change, the Lithium ion battery might well displace most of the gasoline and diesel used for transportation. Drive an electric car for a while, you will understand.

Anthropogenic contributions to changed hydrological interactions are predicted by exactly no-one to be a planet buster. This is not a threat to humanity. It will be expensive, messy, people will have to move, our definitions of property value will have to change. The sooner we address it (primarily through a revenue neutral carbon tax) the better for all of us.

But it is not a planet buster.

And our host once asked why skeptics put the 'C' in CAGW...

"take humanity to the grave?"


A while back the WHO estimated that climate change is already taking 150,000 specimens of humanity to the grave each year.

Perhaps Tom should tell us how many deaths per annum would be needed for him to consider the "C" to be permissible.

Get into the habit of citing things. But, for the moment, lets assume that's true. What's missing is the obvious: how many people have fossil fuels saved? Pretending, as your one-sided number does, that FF are all bad just makes no sense. After all, people buy the things. They wouldn't do that if they were all negative.

You're old enugh not to fall for corporate PR fluff. Wiki pus it somewhat differently: "Lithium batteries were proposed by British chemist M Stanley Whittingham, now at Binghamton University, while working for Exxon in the 1970s.[25] Whittingham used titanium(IV) sulfide and lithium metal as the electrodes. However, this rechargeable lithium battery could never be made practical."

But even if they had invented a practical one... I think all you'd have done is prove me right: expecting a FF company to nurture a rival isn't reasonable; developement like that is better outside.

> but total can still be quite high

Sure. But it is unnatural to read "astonishing returns" as referring to total profits.

Amusing. I was agreeing with you. Exxon researching L-ion batteries was cutting their own throat.

No rational company would ever do that. Lucky we are that people are not rational. At least at some times.


These batteries stored more energy in a smaller mass than any previous rechargeable battery. Wiki calling them not practical is at best an oversimplification. Very limited uses would be more accurate.

Point-contact transistors are not very practical as well. If you have junction transistors, that is.

As I wrote, that was a number from a WHO report some time ago. It would take a while to find that particular report. But a very quick Google gives me:

"Between 2030 and 2050, climate change is expected to cause approximately 250 000 additional deaths per year, from malnutrition, malaria, diarrhoea and heat stress."

Will that suffice to allow me to question whether the "C" in CAGW is permissible? Is that a sufficiently large number to allow me to use phrases like "The only issue there is what proportion of humanity they take with them to the grave."?

"Climatic changes already are estimated to cause over 150,000 deaths annually."

I can't find data for the earliest WHO estimates of deaths due to climate change, which I think were from 2000 or thereabouts, but a 2009 estimate of global deaths in 2004 attributed 0.3% (141k) to climate change.

They seem not to have attributed any deaths to climate change-influenced fires or storms that year (no 'Falls', 'Fires' or 'Drownings' in the 'Global climate change' section), though the 2% (3k) of climate change deaths involving 'Other unintentional injuries' perhaps included a few.

Which isn't true of some of those who produced supposed updates of the WHO's estimates. IIRC, the Global Humanitarian Forum's update involved doubling things at random and DARA International's did a bit of doubling and also added deaths caused by things like the smoke from cooking fires (a failure of logic that persists in many current efforts to sell climate change).

So, were there a lot of decades between 2006 and 2010? A few years of deep recession profits are not much of a proxy for decades worth or returns. My preference would be to consider total return on investment since, say, 1851. And no, I'm not going to do the research for you.

Ah, yes--does everyone need to know the numbers of deaths from the Holocaust?

No, but nice linking.

Does everyone need to know the numbers of deaths from climate change? Yes, because the estimates put forward are complete garbage. As has been acknowledged by some of the preparers of such numbers.

Amazing, the monotonic perfection of 150,000 a year. Are there quotas?

MMM -- exactly. And profit is maybe not the best measure when there is so much money in the industry. They "waste" a lot of money on perks for employees. For example, I've seen oil money spent directly on hookers because a VP in my company needed to "relax" during his travels. I was given thousands of dollars in advance for "expenses" which never materialized and for which I was never asked for receipts. I attended the BP Helios Awards one year, where BP collected probably 100 people into one of the most expensive London hotels for a week long party. I met and shook the hand of Lord Brown. Money money everywhere, and they are just as profitable as they want to be.