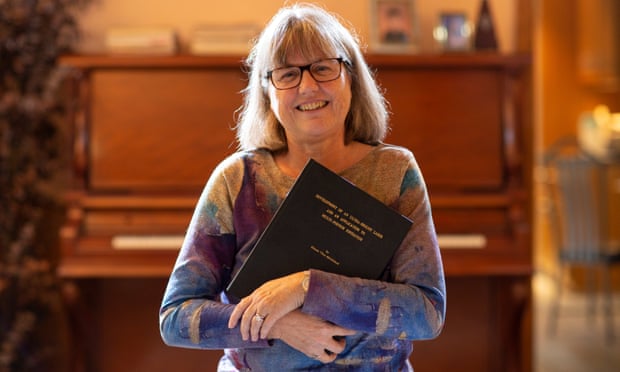 As I've said before, no-one from the outside ever understands how wikipedia works, but that doesn't stop them writing about it for their own partisan political gain (arch). In this case, it's the social justice warriors on the Graun. The offending text is:


When the Royal Swedish Academy of Sciences in Stockholm announced the Nobel prize for physics this week, anyone wanting to find out more about one of the three winners would have drawn a blank on Wikipedia... Until around an hour and a half after the award was announced on Tuesday, the Canadian physicist Donna Strickland was not deemed significant enough to merit her own page on the user-edited encyclopedia. The oversight has once again highlighted the marginalization of women in science and gender bias at Wikipedia... when a Wikipedia user attempted to create a profile for her in March, the page was denied by a moderator. “This submission’s references do not show that the subject qualifies for a Wikipedia article,” said the moderator.

Problem number one, as you'll discover if you try to follow the "said the moderator" link, is that the link is broken. It is missing a "y". What they presumably intended to link to was https://en.wikipedia.org/w/index.php?title=Donna_Strickland&offset=&limit=500&action=history. Which brings up problem number two, which is that link is not in the least informative. If you scroll down to the bottom you see some crossed-out stuff from 2014 that looks interesting (but you can't see the contents, and neither can the Graun, cos you'd need at least admin priv) but actually is I think irrelevant. What they intended to point you at was somewhere around Draft:Donna Strickland from May this year, and in particular this edit, which carries the edit comment Declining submission: bio - Submission is about a person not yet shown to meet notability guidelines (AFCH 0.9), and whose (templated) textbox begins This submission's references do not show that the subject qualifies for a Wikipedia article—that is, they do not show significant coverage (not just passing mentions) about the subject in published, reliable, secondary sources that are independent of the subject (see the guidelines on the notability of people). I've bolded the start of the textbox addition, because it looks to be the source of the Graun's quote.

This being wiki, there is a long and (if you like such things) interesting discussion of how this was assessed at https://en.wikipedia.org/wiki/Talk:Donna_Strickland#Notability. The Graun could have referenced that, but didn't. The talk page also contains some fascinating facts that the Graun could have used, but wouldn't, since they undermine it's case: since Wikipedia's Jan. 2001 launch:


Meh. A bit later, I noticed that "said the moderator" is actually two links and was sad enough to bother look up the page HTML to see why. The answer is dull; it just is two links, for no good reason. But that showed me the top of their page source, which is:

Which is an image not "pre" text, because blogger doesn't seem to handle pre properly.


It isn't just the Graun that gets this wrong, of course. Forbes totally stuffs it up too, writing: only to have their proposed entry deleted. What's wrong with that? Well, the link they provide is to the proposed entry (the draft). If it had been deleted, they wouldn't be able to point to it.
Posted by William M. Connolley at 3:12 pm

All this shows is that most sciences don't have enough prizes.

Luckily, two leading Nobel peace prize nominees both have their wiki pages up and running. Apparently, moving from testing to mass production of nuclear weapons can put you in the running.

If William wants to respond, Slate has weighed in to the Wiki Wars :