Was an imminent Ice Age predicted in the '70's? No 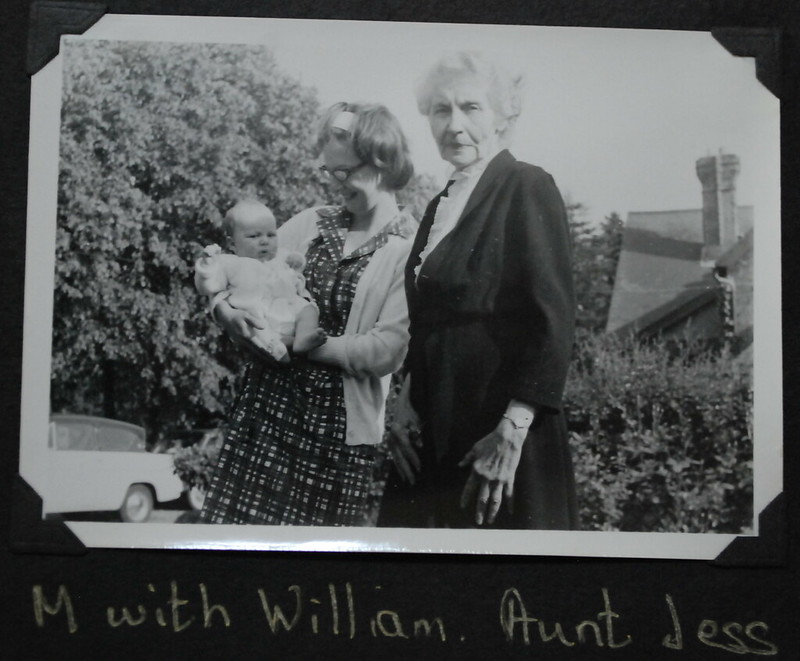 With the recent drivel in "Metro" making the news, it may be time for another anti-ice-age-myth post; the last from me that I can see is from 2015, when the Squareheads went mad. To remind you, the "proper" scientific source for all this is Now out in BAMS: The myth of the 1970s global cooling scientific consensus, which is my wild-eyed enthusiasm, Thomas Peterson's careful scholarship, and John Fleck's journalistic flair. My1 RC post from 2005 is also worth a look.

But what I wanted to link to here, for those young 'uns who don't know the history, is http://www.wmconnolley.org.uk/sci/iceage/. Which is hosted on my web site (remember when people had personal web sites?) and will probably one day disappear when I forget to pay the bills; happily there's an archive of it. As you can tell, it is a page that Just Grew; I even felt moved to add a note to new readers at one point. So all this started in the sci.env days, let us say around the year 1995-2000. In those days GW "skepticism" was a little bit more respectable, the evidence wasn't all in the way it is now, and one of the themes was the familiar "but you were all predicting ice ages in the 70's", and what I discovered was that when you actually read the papers that people were putting forward, you discovered that no, people weren't predicting ice ages (with a few exceptions).

Some flavour of sci.env comes from Re: control the climate by Michael Tobis in 1995, or Cooling vs. Warming by Robert Parson in 1993. In some ways the best summary is by Dick "Mad Dog" Lindzen:


Many studies from the nineteenth century on suggested that industrial and other contributions to increasing carbon dioxide might lead to global warming. Problems with such predictions were also long noted, and the general failure of such predictions to explain the observed record caused the field of climatology as a whole to regard the suggested mechanisms as suspect. Indeed, the global cooling trend of the 1950s and 1960s led to a minor global cooling hysteria in the 1970s. All that was more or less normal scientific debate, although the cooling hysteria had certain striking analogues to the present warming hysteria including books such as The Genesis Strategy by Stephen Schneider and Climate Change and World Affairs by Crispin Tickell--both authors are prominent in support of the present concerns as well--"explaining'' the problem and promoting international regulation. There was also a book by the prominent science writer Lowell Ponte (The Cooling) that derided the skeptics and noted the importance of acting in the absence of firm, scientific foundation. There was even a report by the National Research Council of the U.S. National Academy of Sciences reaching its usual ambiguous conclusions. But the scientific community never took the issue to heart, governments ignored it, and with rising global temperatures in the late 1970s the issue more or less died. In the meantime, model calculations--especially at the Geophysical Fluid Dynamics Laboratory at Princeton--continued to predict substantial warming due to increasing carbon dioxide. Those predictions were considered interesting, but largely academic, exercises--even by the scientists involved.

though of course you can't trust everything that article says. The 1975 US National Academy of Sciences/National Research Council Report is also worth a look; and since Big D mentions it, here's my read of The Cooling.


1. Now assigned to "group" but as the archive shows, it's mine.
2. The pic is me - I'm the little one - my mother, and Scary Great Aunt Jess. at their house in Leighton Buzzard, in 1964 I'd imagine.
3. A point that VV makes in hist comment elsewhere is that even if the meme were true - if the consensus had been for cooling then - it still wouldn't affect the quality of today's science. That is logically true, but I suspect it wouldn't play well politically, so it isn't my lead argument. I prefer to go with the argument that the entire meme is broken, which it is.
Posted by William M. Connolley at 11:36 am

Our friends at WUWT just made a feeble attempt to attack your fine paper. Here is my reply to this blog-quality "study".

P.S. The link of "In some ways the best summary" does not work.

Could it be that the right has the wrong idea of how common the ice age meme was because their media peddles this myth all the time? Your study was for the scientific literature. Do we have something similar for the press, preferably separately for the right-wing press separately.

Or are those the-ice-age-commeth stories a recent phenomenon, starting when they thought they need to deny reality to annoy greenies.

WUWT: yeah, I saw that (I hadn't seen your reply up to now, thanks for the link). I noticed that Moyhu was doing a good job in their comments (here is a nice safe archive of it) of showing that the "reclassifications" it did to get a different result were wrong.

Popular press: dunno; I didn't look. There are a surprising number of people who clearly "remember" ice ages being dead popular then. I myself recall (but have never been able to find since) a kids TV programme, maybe around 1974, which kinda featured a couple of people, inside some shelter, with glaciers advancing outside? I can't really remember it well.

I was too fast. Anthony does not like people quoting what he originally wrote and has blocked archive.is. The link only shows an empty page.

The Way Back machine still works.

Is it blocked, or did the archive failed for some reason? I don't know. There's an earlier one here, or as you say there's a WB version.

Interesting. I had a similar problem before, so seeing it again I assumed there was a block, but if there is another recent copy it must be something else. In the past it was quite reliable.

Given that the most common cites for "the ice age cometh" in 70s popular media seem to be 1) a fake Time magazine cover, 2) a real Time cover which had nothing to do with climate change, 3) an actual non-cover Time story about climate cooling which clearly states that scientific opinion over future trends is divided, and 4) an episode from a TV show, narrated by Spock, which also featured episodes on Bigfoot, ancient aliens and Stonehenge as the powerful epicenter of a magical ley line network... I'm inclined to believe the impression given by some of being inundated by ice age hysteria is somewhat overblown.

I did some searches for 70s film and TV related to global cooling and mostly just got multiple links to that Spock show. The only well known 70s film I can find which references any sort of climate change is Soylent Green, which was about a future warmed-up world. They even talk about the greenhouse effect and a permanent heatwave in the film. So the idea that greenhouse warming was not widely discussed at the time is clearly wrong. They would never put something like that in a Hollywood film if they thought people wouldn't know what it was.

There was a 1979 film called Quintet which was set in a future ice age, but was very badly received and quickly forgotten.

How confusing. Posts on WUWT regularly claim an ice age is imminent.

Thanks guys.
Morbid curiosity.
I read the WUWT comments.
Pass the mind bleach.
They have got worse if that is possible.
How does Nick stay sane being exposed to that mind numbing stupidity?

It also stars Charlton Heston , and it's not set in the far future- part of it were shot in the Buckminister Fuller dome in the 1967 Montreal World's Fair park .

To be fair, this big chill flop not been given equal rerun billing with Hollywood's hot dystopia genre

"which kinda featured a couple of people, inside some shelter"
I once had a minor part in a play The Skin of our Teeth, by Thornotn Wilder, which has the family inside as ice accumulates around the house and pushes on the door. But the play was written 1942; there was an Oz TV version in 1959.

So the front cover of Time magazine was wrong?

I'm sure I've mentioned this in your earshot before, but the BBC's 1974 documentary The Weather Machine and its accompanying book (by Nigel Calder, back when he was respectable) has to take some of the blame for the perception of an imminent ice age - not least because the full title of the book was The Weather Machine and the Threat of Ice. A contemporaneous review makes the book's leanings clear, although the programme itself also included Bert Bolin warning about CO2 (clip on Youtube here).

I have a copy somewhere - I remember thinking that the skiing in Scotland would improve.

So why are some of the French rioting?

Kerry Pournelle's Fallen Angels (1991) is set in a future ice age with his usual potshots at environmentalists.

I was a graduate student in the 1970's and this was the time when evidence for the milankovitch cyclicity first started appearing, led by CLIMAP project members. Their basic conclusion was that without fossil fuel CO2 the Earth would be headed for another ice age. At the same time, there was much interest in rising CO2 and why the earth wasn't warming as much as simple models might expect, and when aerosols were found to be an important negative feedback. Cleaning up aerosols in the US and Europe to mitigate acid rain marks the start of the warming.

So, scientific groups were interested in the ice ages, but only a few thought that an ice age was coming.

I have a copy of Calder's book. It looks like I didn't bother include it on my ice-age page. It has his brilliant "snowblitz" theory in it, which is there to make the prediction seem imminent. I do have some brief words about Calder, N: the arithmetic of the ice ages, Nature, 1974, v252 p 216-8. So Calder for all his sins does have a gen-u-wine publication in Nature. We also corresponded a little, possibly in the context of sci.env; there's Some context, by Nigel Calder. Oh, and there's this too.

I was rather fond of the idea of a "snowblitz", in a cosy catastrophe sort of way. Thanks for the links to Calder's comments. Looks like he was well on his way to the dark side by the 90s.