Sunday was sunny, and I've cleared the weeds over the last week or so, and so time for some beekeeping. Plus, I had a new brood box to install.

The left hive, Old Faithful, was first, because that one didn't need its brood box redoing. Inside, things are fairly clean but also a little thin; so I took out just four frames and put in the Apistan. The autumn recolte is always less than the spring. I did wonder whether it was worth doing anything. But, I'd left them quite enough to over-winter with, I hope. 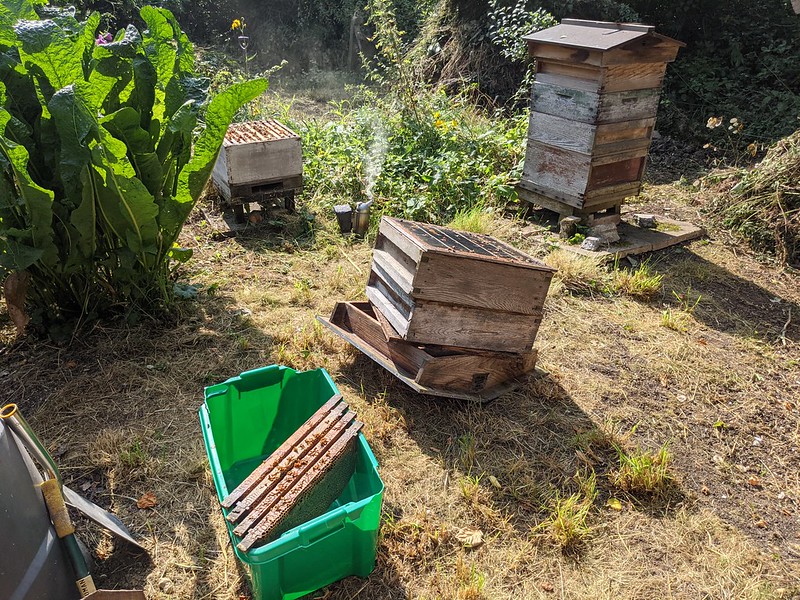 The right, Copper-Top, is on three supers and a rather old brood box, for which I have a replacement, that has been acting as a useful occasional table in the living room for a while now. When I came to swap them over I realised I should have got a new floor too, as that would have made thing rather easier. Anyway, first the honey: from the top two boxes I took out five frames to make nine total, which is worth spinning. I could perhaps have taken a few more, but there's no need. Then I remove the queen excluder, and for a mercy the bees are behaving very well: perhaps they have re-queened themselves happy. And so I transfer brood frames one-by-one from old to new (noticing as I do that one of them is a super frame, which the girls have extended, presumably because I was short of brood frames (or wax?) a few years back) and all goes well. When done, I'm left with a few bees on the walls and floor of the old brood. 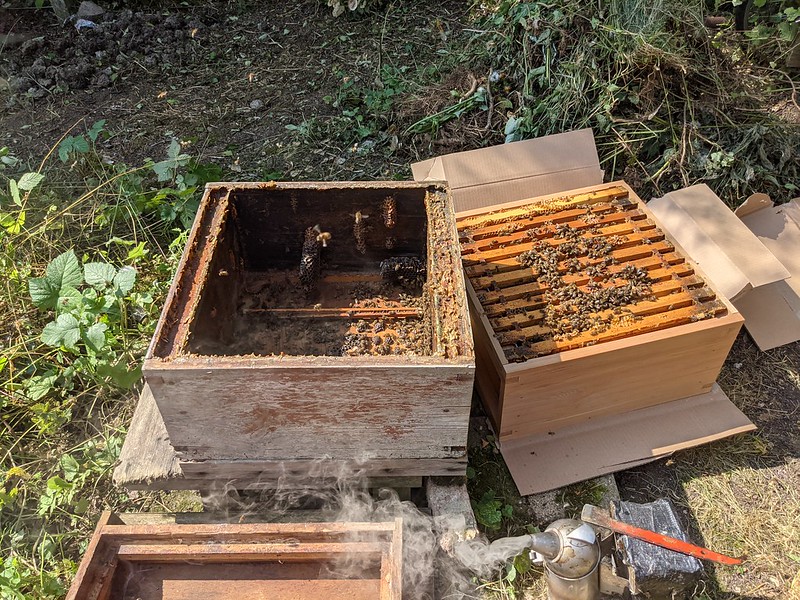 I take off the old brood, and then scrape off the remains of rotten wood that adhere, and then scrape off all the junk that is adhering to the floor, and the girls are still well behaved; amazing. And then I put the new brood onto the floor, shovel some left-behind bees in, and hope I haven't lost or killed the queen in the process; there are a few left outside. And then reconstruct the hive. The old brood frame is getting bendy and rotten. 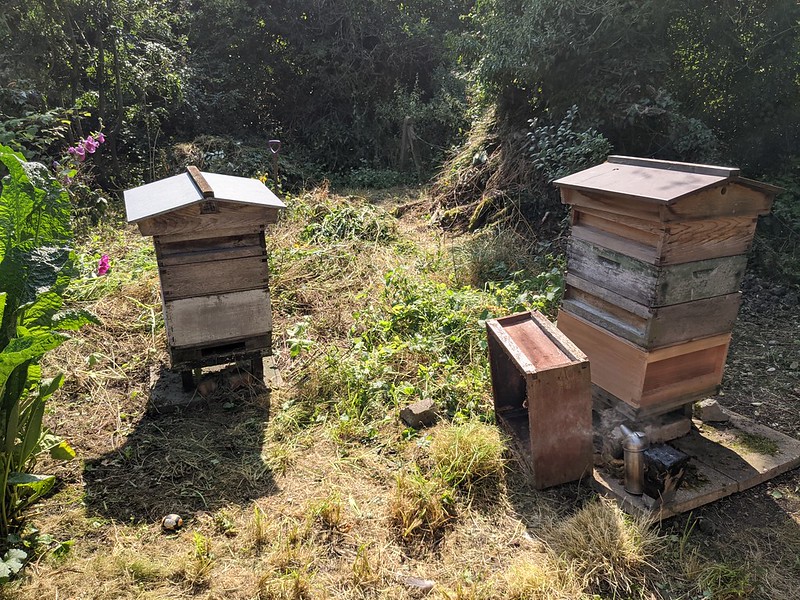 Inside, I (with Miranda's help) spin the frames fairly painlessly - they are mostly good frames, without much accreted junk - and put them back into their respective hives, again without annoying the bees much. Below, processed frames before re-insertion. 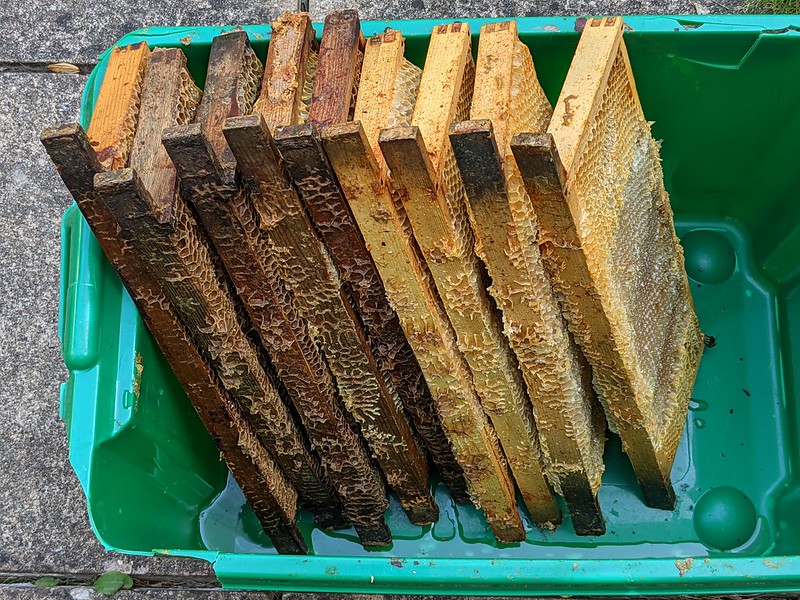 * People are realizing that degrowth is bad The mad schemes degrowthers advocate are a fantasy that distracts us from real efforts to save the planet by Noah Smith.
Posted by William M. Connolley at 8:26 am