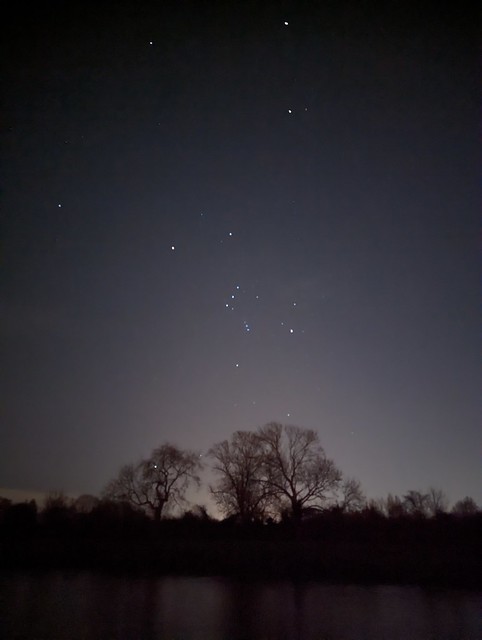 Via RS, some considerations of language from UnSciAm. I'm doubtful that twatting around with language is going to help at all; substance is more important. But really the article is doomed from quite early on, where our author tells us that "The partisan divide largely stems from conservatives’ perception that climate change solutions will involve big government controlling people’s choices and imposing sacrifices". Asserting that the divide comes largely from one side is just foolish (you could if you're wildly biased assert that all the problems come from one side; that at least wouldn't be internally contradictory); asserting that the problem is only perception is more foolishness. In fact that latter problem is just sloppy writing (in an article about language: arf arf), because OA segues into Repubs hostility being "largely attributable to a conflict between ideological values and often discussed solutions", which is to say to substance, not perception. Continuing,

The language we use for climate solutions can exacerbate the cultural divide. Terms such as “regulate,” “restrict,” “cut,” “control” and “tax” are unpopular, especially among conservatives. Perhaps people would be more likely to support solutions described with words such as “innovation,” “entrepreneurship,” “ingenuity,” “market-based” and “competing in the global clean energy race.”

But it doesn't seem to ever occur to OA that if you want the Repubs support, rather than just shuffling words to describe things as "market-based", if would be a great idea to actually propose ideas that genuinely are market based. Like a carbon tax.

* What Do Donors Want? Heterogeneity by Party and Policy Domain

* The left has no theory of the behavior of the government?

* The moral and intellectual bankruptcy of the Republican Party?

* Timmy on the NHS: So, Here’s The Actual Problem

Rather than return to the earlier thread on Public Choice theory, I will post what seems to me to be an interesting statement in the relevant wpda article

It is a pity that your interlocutors then did not engage with research, from a Public Choice standpoint, of rent-seeking, department building, interest or advocacy groups v the general public: all of which topics crop up frequently in discussions of what to do about "global warming".

A reference for you.

Language is very important in the climate conversation, which uses, umm... words.

'The planet has a fever.' Kinda obviously ridiculous, but strong in emotive power. Language is used by organizations to frame the boundaries of conversation about an issue. 'Denier,' with its conscious association with previous classes of people given that label. Even 'alarmist,' with the connotations referring back to the Jeremiahs of biblical times.

Conservatives use 'big government' to tar and feather any program they disapprove of. More value-laden language.

The problem with 'carbon tax' isn't the carbon.

Tom, is your point that a carbon tax operates indirectly, whereas activists want to stop or prohibit activities they deplore?

No, my point is that a significant percentage of powerful people get hives at the mention of the word 'tax.' Especially in the U.S.

Yes. Many in the USA want the government small and weak enough to drown in a bathtub.

So would Putin, and many "conservatives" love and admire Putin.

Hitler might have approved of a policy to strangle Medicaid but surely only if it were to the overall benefit of the Aryan population. As I understand it it is not only those whom Hitler would consider undesirables, such as Jews, homosexuals and coloured, that benefit from Medicaid. Hitler also seems to have been driven by eugenics, vegetarianism and promoting the benefits of not smoking and not drinking. He seems to have had a certain amount in common with Fauci

I do wonder when someone is going to make an "internet law" about mentions of Putin. Or Chairman Mao. Same thing, different disguise.


Throughout history there have been lots of examples of thugs ruling countries, surrounded by toadies that tell them how great the thugs are, as the thugs start bloody pointless wars. Putin is just the latest.


Oh, and some suggested light reading on carbon pricing.

http://romaninukraine.com/putins-libertarians/ is from 2014; do you have anything more recent? Ah, https://www.rawstory.com/rand-paul-libertarian/. But that isn't very good. The central part is the Twatter clip (https://twitter.com/HeartlandSignal/status/1518984986392735744) but the text they quote is not honest; B says "That does not give Russia the right to attack them" and RP says something like "no-one is saying that it does". As ever, sources to Youtube are shitty; we really need a transcript.

And then it goes on to "It’s easy to bash Rand Paul for being a toady for Putin: His grandson-in-law, who was convicted of campaign fraud for crimes he committed running Paul’s campaign (and who Trump then pardoned), was just last month again charged with campaign fraud..." which is like weird, maaan. THey're smearing him with what his g-i-l is accused of? That might well be bad, of course, but really can they find nothing better that RP has actually said or done?

"Economists... favorite tools, carbon taxes and emissions trading" - excellent start: we agree then that is a correct description on the std.econ consensus.

> To avoid the problems of the SCC, an increasing number of economists advocate a “target-consistent” approach to policy

Me on Putin: The Evil Empire strikes. From which "But the pattern - of an Evil Autocrat getting into power - is sadly all to common: Gaddafi, Assad, Putin"; so I'm fully in accord with your "Putin is just the latest".

I would have been better reading the actual report rather than the summary, because that clarifies things: "what is needed is a different approach to pricing, one that begins with a politically determined target and works backward from there to develop practical policies for reaching it". So it seems from that they aren't interested in the economics very much (hence the lack of cites for their rather dubious assertions); they're simply going for the politics. Which is indeed a thing, just as long as you're careful to distinguish them.

The big problem with a carbon tax is politics, at least in the USA. The right overwhelmingly rejects it.

But you know that.


This is one of the references.

"Economists have their ideas for solving climate change — a hefty carbon tax chief among them — but Biden and his team see this as fundamentally a political problem. They view the idea that a carbon tax is the essential answer to the problem of climate change as being so divorced from political reality as to be actively dangerous."

I am highly desirous of carbon taxes and accompanying tariffs to insure a level playing field.

There is one real problem with a carbon tax. If it works, it quits working.

If you want a carbon tax, move to British Columbia.

Washington State is less left, and a carbon tax failed to pass a referendum. The right side of the State, which is also leans Right, was overwhelmingly against it.

I can't even imagine Texas passing a carbon tax.

So why is Exxon suggesting a carbon tax?

Considering your hard-nosed realism in nearly all other respects, you display profound naïveté with regard to carbon taxes - at least with regard to their adoption in the U.S. The Republican party will not support a carbon tax, because its base will not support anything containing the word "tax." (Yes, this includes a revenue-neutral carbon tax.) And the oil industry knows this. When Phil asks why Exxon is suggesting a carbon tax, the extremely obvious answer is that – because Exxon knows that there is no chance of the U.S. taking this path – supporting a carbon tax has no economic downside, while having the upside of making Exxon appear reasonable.

The question we need answered in the U.S. is, "what are market-based solutions that are not a carbon tax?" Any market-based discussion that does not begin here is stillborn.

For Exxon on carbon taxes, see Exxon's Support of a Tax on Carbon: Rhetoric or Reality? That's 2015, but I'm not aware of anything that has changed since (see-also ExxonMobil: Positioning for a Lower-Carbon Energy Future? from 2018). As for my opinions, they remain unchanged.