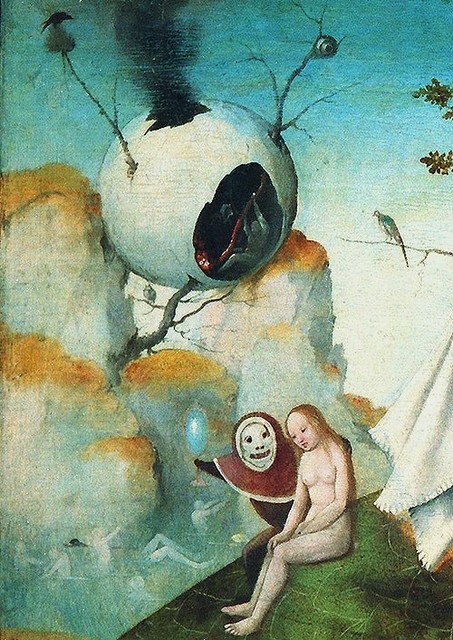 Via ATTP on Twatter, although I've now lost the direct link, I find David Roberts (yes! Him again!) being wrong on the internet. This is a great crime, and must be investigated in detail and punished by sarcasm. Let's begin with what DR is reacting to, Why Liberal Media Need Conservative Columnists by Jonathan Chait1, in the New York Mag, whatever that is; but it looks Serious and intended to be Taken Seriously. The basic idea of the piece is that while you do really need criticism from "the other side" to sharpen your ideas and avoid groupthink, nonetheless the Left is better than the Right and "Liberalism has succeeded in adapting itself to the world because, unlike conservatism, it has opened itself to internal correction". And this, of course, is self-congratulatory wank; although it could perhaps be rescued by careful choice of exactly which ill-defined groups you're talking about.

DR is similarly unimpressed by the idea of listening to "the other side", because of course the other side are wazzocks: Lemme take my bailiwick, climate & energy, as an example. A "challenge from the right" in my area generally amounts to "climate change isn't happening" or "climate change won't be that bad" or "reducing fossil fuels will destroy the economy.

Listening to the other side - or, done right, Red Teaming - is a good idea. You need someone to bounce your ideas off, or you end up with “Dr” Roy Spencer is sad and lonely and wrong. But you don't just pick any random person who disagrees with you, and in particular you don't deliberately look at the wild fringes, say "oh. Those look wild, I don't fancy talking to them" and retreat back into your comfortable ghetto. Well, not if you're honest.

So while there are plenty of folks you could find on the USAnian Right who will say "climate change isn't happening" it is dishonest to imply that it is difficult to find people who will admit that it is happening, and caused by humans, but that the desired policy response is not Moah Regulation. Something passed my eye yesterday, by someone called Michael L. Marlow: A Carbon Tax That Constrains Government. This, if we believe DR, is one of the topics that he'd like to discuss with the Right.

Also, did I mention that The Left is generally crap at economics?


The great curse of the house, the spirit,
dead weight wrath - and you can praise it!
Praise the insatiate doom that feeds
relentless on our future and our sons.
Oh all through the will of Zeus,
the cause of all, the one who works it all.
What comes to birth that is not Zeus?
Our lives are pain, what part not come from god?


Update: via CIP comes Liberals, You’re Not as Smart as You Think You Are in the NYT, so it looks like they're ignoring DR. I like his throwaway line: People often vote against things instead of voting for them. He could have made more of that. Making something is much harder than breaking something. Deciding that you don't like candidate or party A is much easier than deciding that you're comfortable with all the policies of candidate or party B. People are lazy; they will make their minds up based on some easy test, given half a chance.


1. A virtue of having a long blog and Google is that I've usually mentioned people before, which helps my fallible memory. In this case I find a side-swipe at him here; someone else commenting on him here; and that's it. So, he's a minor.

* Transparency in climate science - Gavin at RC.
* Why I Escaped the ‘Intellectual Dark Web’: Pissing off progressives isn’t intellectual progress; by Alice Dreger, May 11, 2018.
* American democracy has faced worse threats than Donald Trump; The golden age of American politics was illiberal, undemocratic, and bloody; by Ezra Klein; May 10, 2018.
Posted by William M. Connolley at 6:16 pm

The Right is Wrong on economics. Don't believe anybody on this topic, not even the String Theorists.

Oh, I forgot the topic. Yes, on rare occasions George Will is worth reading in WaPo and more often so is Brett Stephens in TNYT.

Not that I'm aware of. Is something gone you expected to see? Complain direct to wmconnolley(at)gmail.com if you like.

Speaking of comments, though, yours is back to not displaying any and not allowing any. Have you been fiddling again?