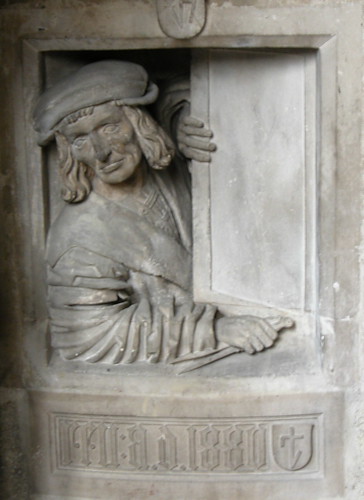 Or; alas poor I-1631, I knew you well. Tyler Cowen ventures to hope that its failure on the ballot in Washington state will inspire economists to come up with better arguments. TC doesn't address the rather messy nature of 1631. I noted that parts of it appeared to have been written by children, and no-one disagreed. In comments elsewhere, I said to PH that


You have a bind: there are two versions of the "carbon tax initiative": the "pure" one, which can attract thinking Repubs, and ought to have the support of Dems; but which offers no pork-barrelling, which people have come to expect as a right, so struggles to get enough support. As you found, this version doesn't get 100% Dem support, because they want the moon on a stick, so it fails. The other version is the distinctly impure one, where revenues are used to buy off a pile of special interests. Now you can get all the Dems on board, but you repel a lot of Repubs. There isn't an easy answer to this, other than to slap the over-fussy Dems around and get them to vote for the "pure" version.

Joe Romm at ThinkProgress roundly blames Big Bad Oil for the defeat; but that's just excuse-making and infantilising the electorate. Doubtless money has some influence; but telling how much is impossible, and in the end the electorate are responsible for the little marks that they put on the little pieces of paper. TC says


Like many economists, I have long supported the idea of a carbon tax, and still do. Government has to tax something. So why not tax those activities which generate social costs, in this case through disruptive climate change? It is a very intuitive argument that has persuaded many economists on both sides of the political spectrum.

So far so obvious. But also


The doomsday wing of the carbon-tax movement has long faced a tension in its proclamations. On one hand, it argues that relatively modest carbon-tax proposals will bring significant gains for the global climate. On the other, some of the more extreme advocates argue that without such taxes, the climate will take a disastrous turn. The reality is that carbon taxes would simply be accelerating the natural course of technological progress — electric cars in five years rather than 15. That’s a net social benefit, but it is unlikely to make the difference between environmental balance and doom.

which I rather like. How can sane people - like him and me - convince anyone that carbon taxes are a good and useful idea, if other people are loudly shouting that doom is just around the corner? Clearly, a modest (say, $20 / tonne) carbon tax cannot be the difference between Doom and Not-Doom; it is easy enough to morph that into "oh well in that case let's not bother".

TC doesn't have any geat ideas for how to address this problem, and neither do I. We could just hope it will solve itself; Lazards Levelized Cost of Energy and Levelized Cost of Storage 2018 looks good (and see-also Storage will replace 3 California gas plants as PG&E nabs approval for world's largest batteries).


* What is the revenue generation model for DuckDuckGo?
* Legal Responses to Regulatory Capture SENATOR SHELDON WHITEHOUSE United States Senator from Rhode Island; aka "drop Chevron deference if the agencies make decisions I disagree with".
* Elon Musk weights in.
* U.S. Coal Plant Retirements Near All-Time High.
* The E15 Mandate is Poor Environmental Policy - USA corn ethanol boondoggling.
* Will Trump Join the "Fight for $15?.
* There are No Natural Resources… - CafeHayek
* Yes, a carbon tax - Timmy
* Low-skilled Immigrants are Productive, Too - CafeHayek
* Markets fail, use markets - EconLib
* It is impossible, however, to guarantee that force will be limited to maintaining good civil order.
* What Would Milton Friedman Do About Climate Change? Tax Carbon - Jeff McMahon, Forbes.
* Why the world needs a carbon tax - Tim Harford
* A Carbon Tax Is Not A Slam Dunk by David R. Henderson - not I think a very good article (we shouldn't have a carbon tax because there are three alternatives: 1) tackle cow farts first; 2) geoengineering; 3) plant trees. Duh).
Posted by William M. Connolley at 9:35 pm

The other thing about your support of a $20 carbon tax is that once you get your foot in the door it is much easier to adjust it to desired levels. I always said $12/tonne re-evaluated decennially.

That such a tax almost surely has to be revenue neutral is so blindingly obvious that only a zealot could fail to see it. (At least in the US).

> once you get your foot in the door

Agreed. You also get people used to the idea that it really is revenue neutral, and does displace some other taxes that they hated.


The five of the six hottest years in California history are the past five years. The heat came this summer. The land dried out. The rains didn't come in October. The fires did in November. Paradise, CA.

"You call someplace paradise.....kiss it goodbye"

$20 / tonne is enough. By 2021 British Columbia will have a $50 / tonne carbon tax and even that likely won't be enough to reduce emissions quickly enough keep us bellow 2 degrees of warming. If I recall correctly Mark Jaccard estimated that $200 / tonne was ultimately needed. Of course You don't introduce a $200 / tonne tax. You introduce a small one and raise it gradually, so people and industries have time to adapt.

I think the best reason for insisting on it being revenue neutral is because for a carbon tax to be effective it must be large, and no one wants a large increase in their tax bill.

You ask: "How can sane people - like him and me - convince anyone that carbon taxes are a good and useful idea, if other people are loudly shouting that doom is just around the corner?"

My answer is: uncertainty, of course
Mitigation lowers risks in proportion to its effectiveness. However you define "doom", if you think the likelyhood is either zero or 100% assuming any realistic emissions scenario, you are a fool. Modest mitigation reduces the risk a little, like a seatbelt. People get maimed and killed in spite of seatbelts. Yet we do bother to use seatbelts, don't we?
Don't blame "other people" for our collective failure to communicate basic risk management principles to the hoi polloi.

From Texas, why carbon taxes are horrid. Beyond horrid. $240 per gallon gasoline, never mentioning that solar electric power is at $0.60 per gallon equivalent.

I suspect their numbers are correct, when written in as forcing the ridiculously steep declines some of the scenarios to 2050 need. That I think is a not-entirely-unexpected by-product of those not-very-well-considered scenarios.

TC actually did have a good idea - use carbon tax to replace an even more unpopular tax. He suggested income tax, but those are mostly unpopular with the rich.

He also had another good point, that a single state carbon tax disadvantages it compared to other states. A national carbon tax would be better, global carbon taxes best.

If we manage to limit CO2 releases to prevent a 1.5C warming, about the only buyers of gasoline in 2100 would be car museums. Sounds outrageous, great sound bite, but almost no one would care in 2100.

A $10 carbon tax, which might actually be possible, would add $0.09 to a gallon of gasoline, and wouldn't change driving and car buying behavior. The price varies more than that due to market dynamics. The USA doesn't tax gasoline and diesel enough to pay for roads and bridges, other tax revenue is used as well. Just increasing the gasoline tax to just pay for road maintenance and construction would add about the same amount to the gasoline price.

Canada's carbon tax is $15/tonne (in USD) rising to $38/tonne, and is designed to be revenue neutral, with a rebate. This is a huge political risk in Canada, and Canada is far more reasonable than the USA.

So how, economically, politically and technically, might we reduce carbon from transportation?

Fuel cost isn't a huge decider for what people drive, and wouldn't be even if the USA taxed gasoline at European levels. For USA average of 15,000 miles per year, at 20 miles per gallon, about 750 gallons is used. Total cost of ownership would be around a 2018 Chevrolet Suburban LS would be around $12,000 per year. For a carbon tax to be more than a rounding error in the cost, it would need to be comparable to the total cost of ownership. Total cost divided by the amount of fuel used is about $16 per gallon. Adding $0.09 or $0.36, same as $10 or $40 per tonne wouldn't be enough for people to notice and change. $200 per tonne would add $1.80 per gallon to the gasoline price, and slightly more than 10% to the total cost of ownership... might have a tiny impact. Maybe.

Politically, that is far more than could be supported, at least in the USA. A tax rebate for electric cars, however was politically possible, and is still in place. Less total cost, as electric cars are only 2% of sales this year, and only doubling every couple of years.

Technically? Don't approach as economics, yet. Approach as coolness. 0-60MPH times. Fastest car ever to climb Pikes Peak, the second oldest car race in the USA. Electric is cooler, faster, quieter, smoother and more convenient. Yes, the fuel is cheaper, but the cost of the car is higher. If projections as to future battery costs are correct, economics will get compelling by 2025 or so, as the cost of the car will be less than a gasoline powered one.

People don't buy a Tesla or a Jaguar I-PACE to save money, and the rebate is more symbolic than realistic economically. Win on non-economic factors first, get the production volumes up to reduce the cost so hopefully can win economically later. It might work. At least, I hope so. Carbon tax will not.

There are fundamentally two approaches to combating climate change. One is additive--bringing new fuels and new technologies into the portfolio of fuels we use, such as solar or wind.

The other is subtractive, withdrawing fuels and technologies from availability, such as coal or CO2 emissions.

Long, long history suggests that the first approach will be more effective. Not that the second is useless--just slower and with unforeseen consequences. A Solomon with kingly powers might even find a way to use the two in combination. Sadly, we seem short of Solomons these days.

Will a carbon tax be acceptable?