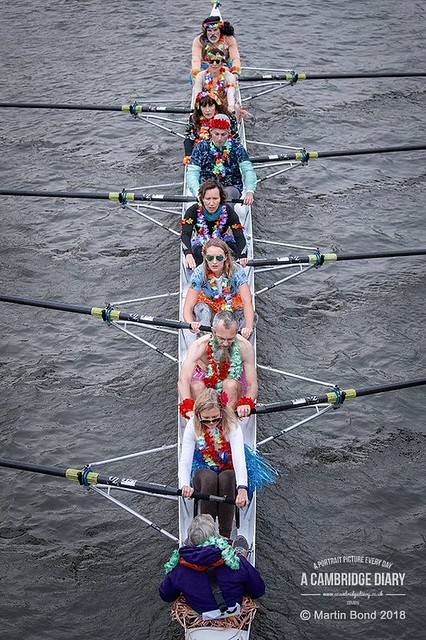 This is the claim made by SciAm, via Twatter. Actually it's more of a hook, for yet more science communication wittering, because they continue This account definitely isn’t wrong. But the emerging science of science communication, which uses scientific methods to understand how people come to know what’s known by science, suggests that it is incomplete.

But they are lying. Not only is the account not definitely not wrong, it's definitely wrong. In almost all the big areas of policy, science is either irrelevant or trivial. Trade policy? Idiot merchantalists, lead by the Mango Mussolini aka Tariffman, abound. The war on terror? The war on drugs? Education policy? And so it goes on. Global warming, which is probably the one where science is most needed, is arguably sorta lead by science (except for the USAnians, of course), except of course in the economic responses, which is the important bit.

And so the SciAm is displaying exactly the sort of blindness that it decries: because it has the word "science" in it's title, and is run by science-y type folks, they over-estimate the importance of science - and hence themselves - to policy.

Yesterday was the annual Christmas Head race, in which we wacky rowing types display our creativity by dressing up and then rowing. Spot me, and see if you can guess our theme. Another thing that happened on Saturday was the BRIC 2018; in a result that surprised nobody, BR types took the first 6 places, but in a bit of a shocker some bloke called Karel Kabelik from Nines was 9th - ha ha, nice - in 6:04.9 - which bodes well for them. Darling Daughter is still in the 8+ league but I have faith.


Peter Stott has a blog, though it's currently a bit thin, never mind, the one I wanted to comment on is The Climate negotiations in Katowice, Poland. What can I say? It's all so naive; so well-meant; so useless. Why? Let me do the easiest example first: he lingers long on Greta Thunberg. I'm sure she's a wonderful person; but the focus on her is just PR fluff. She has nothing new to say, inevitably. The meeja love her because she is a Newe Thinge in climate change, which they love, because they really don't want to report the same old science all over again. But PS is completely taken in. Of course, he can't risk saying anything that could be interpreted as negative about her; think of the PR rebound that might occur. So he is reduced to go-with-the-flow gushing.

Point two comes from his reflections on various past COPs: At each COP that I’ve attended the atmosphere has felt different. In Kyoto back in 97, there was a fevered air of excitement as negotiators raced towards a historic agreement to reduce emissions. But without progress towards meeting the Kyoto protocol, the atmosphere at the Milan meeting in 2003 felt listless and flat. A catastrophic COP15 at Copenhagen in 2009 took international efforts to deal with climate change to a new low. But COP 17 in Durban felt more hopeful. What he fails to realise is that the ups and downs of the various COPs reflect their lack of substance. They are pretty well just hot air. If they had substance, they wouldn't be so up and down. Consider a supertanker: full, it is hard to deflect. Empty, it can be blown around by the breeze. The COPs are empty.

Third - and most relevant to the title of this blog - we have In the presentation space of the UK pavilion, which came with several rows of benches in front of a large television screen, I presented my results on the UK heatwave in one presentation and in another our latest work on providing scientific advice to help make societies more resilient to the effects of climate change. Even amplified through a microphone it was hard to be heard over the constant, noisy hubbub from the crowds milling around us. This demonstrates the obvious: the science presentations were there for show, as entertainment. What he fails to think of though is: why present the science there at all? Why pay for PS to travel there, emitting CO2 all the way? No-one going there is unaware of the science already done. No-one is going to have a last-minute epiphany because of some presentation. Of course he's only there as a travelling show to entertain delegates as they nibble their nibbles and neck their wine.


* Marching for science?
* Policy?
* Social Nonscience again - James' Empty Blog
* In the unlikely event of you wanting me to tell you something else that's stupid, then I offer you Lawrence Torcello taking himself terribly seriously and saying We must finally come to grips with the fact that such collusion is best understood as a crime against humanity. Sweetly, he links to a Worde Doc; it's like he hasn't really mastered this web-cloudy stuff. I suspect he'd be happier with a quill pen.
* Some more hopelessly confused #exxonknew drivel in the Graun.
* Climate change: COP24 fails to adopt key scientific report.
* AlphaZero: Shedding new light on the grand games of chess, shogi and Go.
* No, we do not have 12 years to stop catastrophic climate change #12years - VV
* Yet More on the Centrality of Consumer Sovereignty - CH
Posted by William M. Connolley at 4:57 pm

Scientific American used to be about science.