Jobs. Are. Going. Away. Growth no longer creates jobs. Pardon? 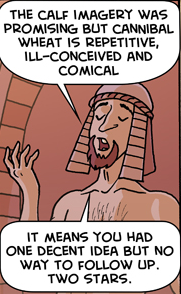 My headline comes from a twit by mt4, except for the last word and the associated mark of interrogation, which are not his. I'm not sure how much substance there is in this to blog about, but I find, looking back, that I haven't said the obvious1 "jobs are a cost not a benefit" thing very much, so perhaps it's a good idea to have a post for me to reference. But mt in this case is more worried about the jobs going away, which is somewhat different. He should not worry I think; Timmy has told him not to.

Speaking of evidence, of course, we could look to the past as our guide to the future. This isn't something you're going to do if you believe the-jobs-are-going-away because, errm, they haven't. The mechanisation of agriculture or spinning didn't lead to vast unemployment; neither did or will the death of coal; and so on. I twot that in the sure knowledge it was a killer reply. mt replied A big question is whether this pattern is some sort of inevitable law which is an advance of sorts, because the original certainty has now turned into a question. We could worry about AI, and indeed I might worry about real AI, but we haven't got that or anything close yet.

But then comes The main observational evidence is not that employment is shrinking but that it commands smaller wages. Which I think is Not True (but notice that it, too, is a retreat from the original assertion). To examine whether it is true or not you'd need to know whose wages you care about. In this context it is unlikely that mt cares about the global poor, who as we all know are rather less poor than they used to be (as JG helpfully interjects) but this does allow mt to clarify that his sympathy is for Deciles 8 and 9 (western middle class) are having great difficulties, which the graph shows somewhat2, 3.

At which point those not in the know need to know what graph is being talked about, and the answer is this or some variation thereon: So, OK, there are two points below 0 on that curve, though one of them is so marginally below zero as to be indistinguishable from zero in any statistical sense. And of course, that's ending in 2008, which wasn't a happy year for the world economy. But to turn this into a general summing-up of "commands smaller wages" is not I think realistic. And indeed, here's another version, with a different end point, and a different conclusion in that detail: 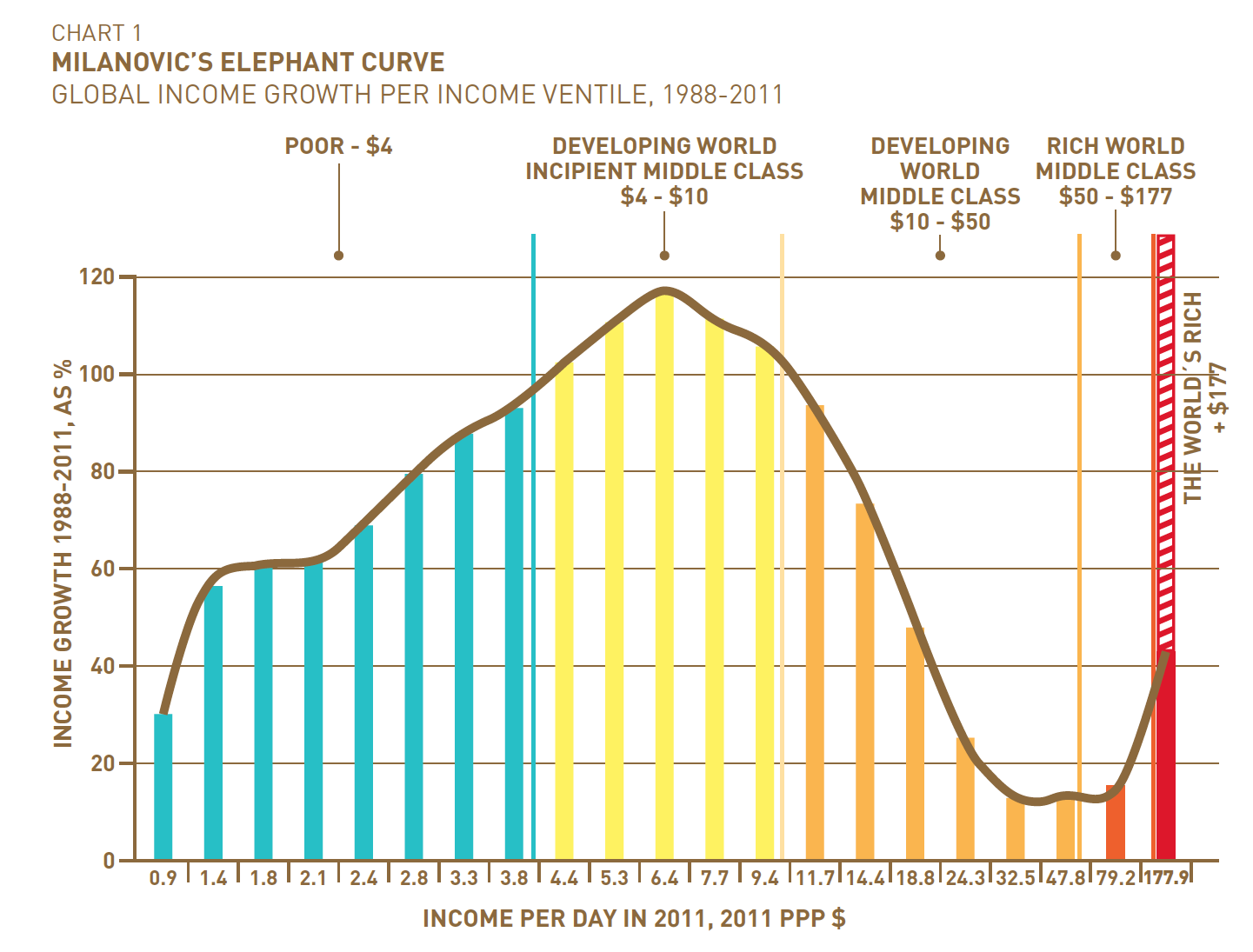 The negatives have now gone. Rejoice.

Of course, the future might be different. After all


1. Not obvious to everyone, of course. Indeed vehemently denied by many people. Touched on in Why don’t people pay attention to the future of their own world? in 2017.

2. After this mt and JG wander off into what seems to me a rather odd discussion of "freedom" in the context of freedom to drop out, I think; I don't think that's profitable - to me it resembles the atavistic yearning for Ye Olde Dayes of Happy Peasants.

3. Aside: suppose it were for some reason true that the Western Middle Class were losing out from Globalisation, in the way shown by that graph or more so, but yet the global poor were benefiting as it shows. And that (for inexplicable hand-of-god reasons) you had to choose between that change, and a no-globalisation slight-increase-all-round: which would you choose? Would you choose your local, globally-rich WMC, thereby condemning the globally poor to yet more grinding poverty?

4. This is all a bit personified, but I think mt's views are representative rather than original in this context, so it isn't really personal.


* Ze Robots are comink
* In the mid 1980s, improved economic conditions for the middle classes led to a dramatic rise in tastelessness
* Paul Voosen: One more time: Despite what you’ve heard, leading cloud scientists are dubious that cooling marine clouds will simultaneously wink out at tripled CO2 levels (retwat by Gavin)
* The Philosophy of Poverty?: My Opening Statement by Bryan Caplan
* The wage decoupling mess by Scott Sumner
* Reflections on the Balan-Caplan Poverty Debate by Bryan Caplan
* Keep on Truckin’ With Economics by DON BOUDREAUX
Posted by William M. Connolley at 9:09 pm

You rather fail to address the absolute as well as relative difference, plus the height of that final 1% spike doesn't seem accurate.

"top 1% captured twice as much global income growth as bottom 50%."

And to think I come here for climate science.

Such a cloudy forecast.

WC - The mechanisation of agriculture or spinning didn't lead to vast unemployment...

Uh yes, they did. Mechanization of spinning mostly killed jobs (and people) in India, so it was more like an inconvenience for Brits. Mechanization of agriculture was a prime cause of the Great Depression. Of course most of the jobs lost to mechanization were lost by horses, but the new machines are not just stronger than horses, they are stronger and smarter than humans, at least in many fields.

In any case, the past is a very imperfect guide to the future.

> the past is a very imperfect guide to the future

As mt has already said. Or, "this time is different" as people keep falsely saying. But, to first order the past is a tolerable guide to the future, and if you want to predict something happening that is very different, I think the burden is on you to show it.

The attention being given to that article is silly. I refer you to Gavin.

> fail to address the absolute

In one post I cannot address all the world's woes.

Not according to the caption on the Fig 4.

> Not according to the caption on the Fig 4.

Oh, I see what you mean. However, why do you think the two sources cover the same time period? Plus, I'm not even sure what their words mean. I find the apparent obsession of so many people with the top 1%, errm, unwise.

"I find the apparent obsession of so many people with the top 1%, errm, unwise."

As did Louis XVI

The top 1% is only up to centurion level. Roughly the same as company commander, an Army captain.