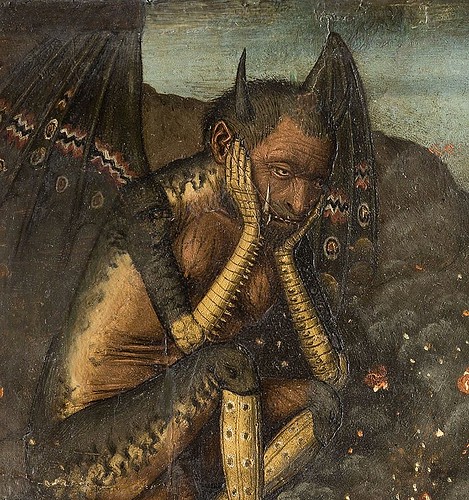 It's the smoggies again. What they've done is looked at the donations, seen who they are from, and done their best to give you the impression that the Tories are being supported for GW denial. But I don't think you can deduce that from their data and analysis. Here's their data. First on the list is Neil Record, with $450k  in total, 10% of the total. He is, sez wiki, a British businessman, author and economist who founded Record Currency Management, one of the earliest specialist currency managers. Record was one of the pioneers of currency risk management. In 2003 he wrote Currency Overlay, the first textbook on the subject. He was a short listed entrant for the 2012 Wolfson Economics Prize for his work on the Eurozone crisis. In short, an archetypical Tory donor. That he also happens to chair the evil GWPF1 is a fact but likely has little to do with his donations. Next, with £228k or 5% of the total, is Edward Atkin a businessman, investor and entrepreneur based in the UK and was CEO of Avent.; his sin is to donate to the GWPF, and indeed this is a sin. But again, he's an archetypical Tory donor.

But why are we pissing about with these minnows when the vast bulk - £4,277k - comes from Michael Hintze: Sir Michael Hintze, GCSG, AM (born 27 July 1953) is a British-Australian businessman, philanthropist and Conservative Party patron, based in the United Kingdom. By now, I'm sure the pattern is obvious. Curiously, the smoggies nowhere notice that more than 80% of the donations came from this one source. Perhaps because his links to the GWPF are rather weak, which throws the entire thing into doubt. The smoggies manage Stance on Climate Change: While Hintze avoids public statements, he is reportedly one of the earliest financial backers of the UK’s only climate science denial thinktank the GWPF. A dedicated supporter, he attended the group’s 2017 annual invitation-only lecture delivered by former Australian Prime Minister Tony Abbott but rather noticeably don't give any amount donated.

So is it bad to receive money from bad people2? If person A funds activity B and C, does that tar activity C with the evils of activity B? For example, I (well, we) generally donate to Wintercomfort for the homeless in Cambridge, usually just before Christmas... so this year's is about due. But I also staunchly defend small govt and rage against regulation. Are they tainted by that? I very much doubt they share my opinions. I am being somewhat facetious; a pattern of behaviour may be considered significant; but really, do you need any more reasons to dislike the Tory party? Their resolutely anti-business and pro-Brexit stance is enough for me.


* The third person effect hypothesis, which states that individuals exposed to a mass media messaage will expect the communication to have a greater effect on others than on themselves, may help to explain the growing trend in support of media censorship; Hernando Rojas, Dhavan V. Shah, Ronald J. Faber; International Journal of Public Opinion Research, Volume 8, Issue 2, SUMMER 1996, Pages 163–186, https://doi.org/10.1093/ijpor/8.2.163; h/t Twatter via PG.
* The best critiques are from within by Scott Sumner
* The principal reason for secession in 1861 was because they had lost control of the United States government for the first time ever - an interesting thought, via TF.
* The Bus Ticket Theory of Genius - Paul Graham; and Novelty and Heresy.
* A good faith article by a recovering sceptic, but needs care with sources - Moyhu. I don't quite agree with the take - NS is being characteristically generous, which I'm not - but interesting nonetheless re Ron Bailey.


1. Note, no capital E on the evil because I'm not joking this time.

2. Here, for example, Andrew Dessler says Notes: If a fossil fuel company wants to fund my research, I will gladly take their money.  Anyone with bags of money for research can DM me.
Posted by William M. Connolley at 6:54 pm

Jeremy Corbyn presumably gets a birthday present from his climate science denying brother every year.

Piers! Thank you for the reminder. In "Boris Johnson is a tosser" I mention Boris and Piers in the same sentence :-)

"That he also happens to chair the evil GWPF1 is a fact but likely has little to do with his donations."

Might his taking over from a former Chancellor of the Exchequer have something to do with it?

Re the cause of 1861 secession, that statement isn't controversial, aside from the crazies we have running around in grey uniforms.

From the link: "Any parliamentary system is much more capable of making radical policy changes than a representative federal democracy."

I think the in theory untrammelled sov that our parliament has is bad; your system is better, though it has its own flaws. But both are struggling in these strange times.

Election is what, tomorrow?

Voting for Boris the Liar, who is hiding in the fridge? Or the Corbyn, the Red Menace, ready to nationalize your car? Or Someone else??

I'm so glad I don't have those choices. Best of luck on the outcome. I'm not even sure what to hope for...

LibDems, obvs. As to the result, we shall see. The best to be hoped for is a hung parliament.

With "first past the post" voting, that is a vote for the worst of the above, most places. Err, and I can't tell which is worst.

Is your constituency a possible LibDem seat?

It's possible. It depends on who you ask. http://archive.is/FpcCS says "Not sure". https://tacticalvote.getvoting.org/south-cambridgeshire/ (http://archive.is/gc45v) says LibDem. Which is fortunate; I am (I've waited a while to use this line) rather afraid that the Tories are a bunch of liars and even more afraid that Albour are telling the truth about their intended policies. The LibDems are pro-revoke which I think is best.

Forget tactical voting. You should vote for the Lib Dems in your constituency because the candidate is an expert in cold dark matter isocurvature perturbations. Don't worry about him pushing crap about a climate emergency. That's just cut-and-paste electoral blather. Everyone does it nowadays so of course he had to do it too and this doesn't in any way reduce his credibilty as a person of science. Vote science! Vote often!

That's fun. Recently I've been reading (the words, not the equations) of http://www.damtp.cam.ac.uk/user/tong/cosmo/one.pdf and two and three too. Very interesting.

Thanks. A quick look suggests that I might actually understand some of that. (Not the equations, natch.) I'll give it a go manana. Perhaps knowing what the Big Bang is really all about will banish the giddiness caused by staring at a clear night sky.