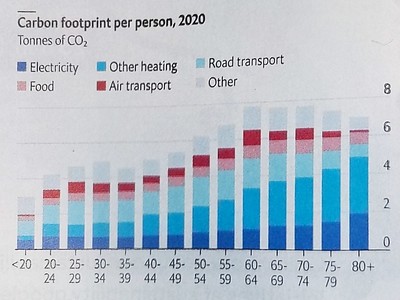 Some kind of hearings off in the colonies. Mostly I think grandstanding by pols, but did anything come out of it?1 There's the usual bullshit like "The fossil fuel industry has had scientific evidence about the dangers of climate change since at least 1977" but I've debunked that to death. The people making a career out of lies and disinformation are "on our side" but no-one calls them out. Anyway, Oreskes & Cie have been Twatting about the hearings, so I thought I'd browse their feed for killer titbits. Here's what she's got:

Summary of what we heard  @OversightDems hearings: A lot of tap industry dancing [shurely "industry tap dancing" - ed.] and & (at least) two lies.1) Fossil fuels ARE subsidized. $20 billion pa direct in US alone. 2) ExxonMobil statements were NOT consistent with the science at the time.  Anyone want to add to this?

Which is nothing. And the $20B in subsidies is dubious; the dubious bit is the word "direct"; try looking at the breakdown; they're accounting stuff, tax offsets; not direct xfers of cash from govt to EFFs (and now I look in more detail, her Twit was OK now a CEO has flat out lied.  "Our products are taxed, not subsidized.". Which is false; their products most definitely are taxed). Point 2 is rather vague. I'll give her it (see-also what I've said in the past) but I think EFFs have been fairly careful recently - well, since Lee Raymond retired with a stonking payoff.

Is there anything more? Apparently they are refusing to say what carbon price they would accept; meh. Now @shell is trying to deny any responsibility for @APIenergy's anti-methane fee, and anti-EV advertisements. I think that's a bit better, but still thin. From someone else, Exxon's Darren Woods: "As science has evolved and developed our understanding has evolved and developed" on climate change. Efforts by Maloney to have him respond to Exxon memos and ads over the year that show otherwise have not yet knocked him off talking points. Which points to how useless these kinds of hearings are, if the attackees stay cool and the attackers don't have much. I'm not sure what the memos are; probably the usual dox that the usual over-excited folk misread.

Anyway, that seems to be about all for now. If there's a transcript, I might read it, but I'm not going to watch the vidz.

I couldn't help looking at the train wreck a bit more. Robert Brulle Twots Exxon maintains their public statements on climate change were in line with the scientific consensus.   This is historically untrue. After the 1995 IPCC report that stated there was a “discernible impact” on climate by anthropogenic emissions, Lee Raymond still said the link was unclear. But... this is dodgy. IPCC '95 was rather more tentative than Our Hero suggests; see here. Or just read the thing yourself, of course. They said Our ability to quantify the human influence on global climate is currently limited because the expected signal is still emerging from the noise of natural variability, and because there are uncertainties in key factors... Nevertheless, the balance of evidence suggests that there is a discernible human influence on global climate. So, he is wrong (or, in hysterical-Oreskes-speak, HE LIED) because IPCC '95 did not "state" a discernable influence it "suggest"ed same. We don't have a direct quote from The Evil Lee Raymond (before your time, children) but if he said "the link was unclear" then, in 1995, that was defensible (denying any link would not be, of course). Mind you, TELR said plenty of other things that weren't defensible; but it's weird how hard a time these people have in finding it.

[Update: even Rahmstorf, who really should know better, is buying this shit.]

* Wikipedia and the Representation of Reality by Ian Ramjohn

* Exxon CEO accused of lying about climate science to congressional panel says the Graun, but they're just parrotting the (Dem) pols - there's no information content. Speaking of lobbying, you might want to see me here. FWIW, I believe that pols have a strong interest in there being as much lobbying as possible, and act to make this so.

* 2022/01: Graun: How Exxon is leveraging Texas courts to silence its climate critics.

I was reading today about the reports about climate chains from oil companies over the past 5 decades. Names, dates and content all point to oily knowledge. The funding for deniers like Soon, Moncton et al varies between published and murky but noone can say that a campaign of denial didn't exist.

The idea that oil companies *knew* in 1970, or 1980, that GW would be a disaster - i.e., well before anyone else knew - is nonsense. The IPCC would not have been setup had this been so. The truth is that there was a great deal of uncertainty in those days. This is the subtlety that Oreskes, Supran, and the idiot pols are unable to grasp or do not wish to articulate.

It is also true that there were campaigns of denial. But alas the truth there is that those campaigns played to full houses of people very happy to be lied to: even though (in the 1990s) reliable information from the IPCC existed.

The current campaign to make the EFFCs scapegoats for all of societies self-lies is reprehensible; and to the extent that it is lying, it will get in the way of actual efforts at improvement. Alas, almost no-one gives a toss, because witch-burning is always popular.

Everyone didn't know, and Exxon was spending cash to make sure it stayed that way.

It is true that everyone could have known, if they were willing to spend the time and effort. I did so in the 1970's, in the "more likely than not" sense, by the 1990's it was beyond any reasonable doubt.

It is also true that the things we could do about it in 1970 was fairly limited. About the largest was nuclear power, and I've often wondered about the fossil fuel funding for the various anti nuclear campaigns. Exxon and Peabody Coal wants Greenpeace to block nuclear construction. Did they pay to assist? I doubt if the Left will spend much time on this... or the Right, for different reasons of course.

> by the 1990's it was beyond any reasonable doubt

I've already given you a direct quotation from the IPCC that shows you're wrong.

The IPCC lags the state of knowledge. If nothing else by the publishing schedule.

IPCC '95 was rather more tentative than Our Hero suggests; see here. Or just read the thing yourself, of course. They said Our ability to quantify the human influence on global climate is currently limited because the expected signal is still emerging from the noise of natural variability, and because there are uncertainties in key factors... Nevertheless, the balance of evidence suggests that there is a discernible human influence on global climate.

So, he is wrong (or, in hysterical-Oreskes-speak, HE LIED) because IPCC '95 did not "state" a discernable influence it "suggest"ed same.

This is getting better and better. !n 2010 , Naomi, unable to a quote wherewith to brand me a climate denier in MOD, tried "science denier" instead ( because nuclear winter).

Now you quote from the 1995 IPCC report ,i never read,, what seems a fairly straight paraphrase of the core conclusions of a policy quarterly article I published in 1990 to edify the Bush administration . Here's the re\levant section :

"As a window for laymen to peer through, Global Change and Our Common Future, published in 1989 by National Academy Press, affords a startling contrast. At one end of the spectrum lies the rhetoric of uncertainty that dominates the hard sciences in the study of global change.

It is exemplified by the admission that it will take decades for a clear greenhouse signal to emerge from the noise of climatic variation-witness the dust-bowl drought of the 1930s and the abnormally high Great Lakes water levels of the 1980s-and by the confession that it will take 500 times more computer power to realistically model the course of the quarter-century to come. As one participant in the forum, which produced Global Change, J.D. Mahlman, noted, "Until such decadal-scale fluctuations are understood or are predictable, it will remain difficult to diagnose the specific signals of permanent climate change as they evolve. "

… No one doubts the existence of a dual trend-CO2 is surely rising. And so must its effect on the trapping and transfer of solar warmth between earth and sky. But global surface temperatures have not risen in lock-step with that rise."

Why on Earth would I think anybody in Washington read The National Interest then?

Because it had just run Fukuyama's The End Of History