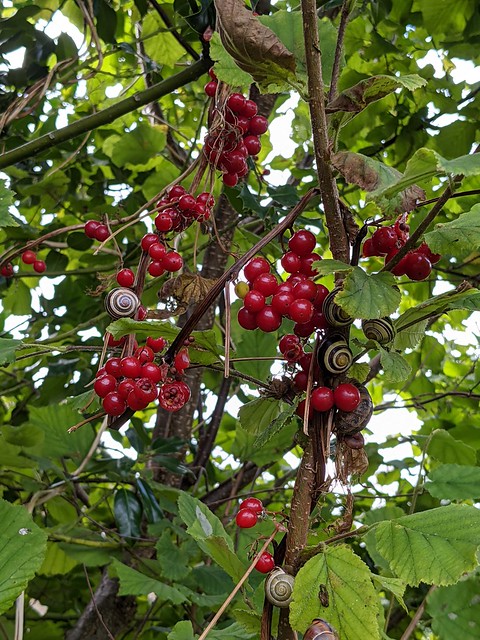 Bit of a weird one this. First of all, if you'd rather read something other than my bitter and twisted ramblings, you can read DA or SE or indeed a zillion others. So, I'll spare myself the trouble of saying nice things - it doesn't come naturally - and pick at the nits. Chad Orzel is grumpy cos the Nobellers have mixed up climate with spin glasses thereby ensuring that all the luvverly press coverage goes to climate, because who has a clue what spin glasses are, but that's a different matter. Mind you, I'm listening to R4 garbling it all right now, so I don't think he should care too much. Other idiots whinge about gender balance.
Probably, this is a quasi-political thing: recognise GW type stuff in the run up to COP<n>. As several people have said on Twatter, "why these two"? Amongst climatologists they are worthy, but you could find others equally so. Perhaps that's how Nobels work: "we're going to award in area X, now pick two big ones at random (without replacement)".

The citation (or is this just the headline) is for the physical modelling of Earth’s climate, quantifying variability and reliably predicting global warming. But the "reliably predicting1 GW" bit is weird. Some idiots will even tell you he got his 1970 prediction spot-on and that is to his credit. But of course it isn't. It was just luck. He could easily have been out by a factor of two or more. Had he been, absolutely no-one sane would be saying "oh dear his original prediction was wrong, that's a problem". And if being wrong wouldn't be a problem, then being right is no big thing either. Shades of obsessing over Hansen's predictions.

My other - actually my main - nit is that Manabe's stuff at least is all rather engineering. Which is a worthy thing, I speak as a (software) engineer myself - but it isn't really the stuff of Nobel prizes, at least to my thinking. Or is this just a prophet shall have no honour in his own land? The idea of taking CFD equations and stuffing them into a computer is not exactly genius, and he wasn't even the first.

Lastly - that's not a promise, mind - I dislike Complex systems are characterised by randomness and disorder and are difficult to understand. This year’s Prize recognises new methods for describing them and predicting their long-term behaviour. Because this appears to be a rather thin attempt to link disparate subjects in a not-very-convincing attempt to pretend that the two halves of the prize have any connection. Weather is chaotic but climate isn't2 - which is obvious, if you think that Manabe made reliable climate predictions, duh. Klaus Hasselmann almost links climate and QM, but perhaps not really - I can't quite tell. Note that there's been a massive burst of editing on his wiki page just recently (surprise!) so it may not be stable. I removed Hasselmann was the first to demonstrate human influence on the climate because I think it either isn't true, or is too vague as stated. Do feel free to correct me. Hasselman's stuff isn't really about chaos either - it is about integrating noise, which is different. Unless I've mis-guessed what they meant.

1. And let's leave out the IPCC's habit of avoiding the word "prediction".

2. See my Climate is stable in the absence of external perturbation, which will obviously convince you.

* Quotation of the Day… "Even though talent, circumstance, and luck play a role in human behavior, we all are spared an enormous administrative burden if we mutually renounce any claim to these assets of others...".

* Quotation of the Day… "To develop one’s judgment properly, one first needs the freedom to make decisions for oneself, because judgment, like other skills, must be practiced to develop. But one must also be held responsible for one’s decisions, because it is through feedback – negative or positive, as the case may be – that one learns to correct, hone, and develop one’s judgment".

Climate is stable... for some climates.

The truly interesting question is: "Are much warmer climates stable?"
Or slightly more general: "Does climate stability decline with much warmer temperatures?"

Good comment... I wrote one comment there (re runaway) and was going to write some more, but decided not to. So I might write it here instead.