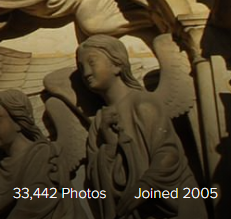 Found via an IET press release. They're trying to convince you that the CO2 costs of storing pix online are substantial, and larger than a couple of other randomly selected things: flying, for example. About 3.7%, because flying isn't that bad really. I'm not sure I trust their numbers - this is nominally the press release for a study, but doesn't link to the study, and the one ref to the actual costs of data storage is actually a ref to vehicule emissions. But never mind; take their numbers as read. So what is the solution?

But... this is unrealistic. Anyone taking large numbers of photos knows: deleting duplicates is hard work, and most people simply won't do it1. Urging people to "ditch the dupes" is classic eensy-teensy-steps stuff, which is more of a distraction from real solutions than any useful solution in itself.

The solution, obvs, is twofold: improvements in cloud infrastructure to use less power; and decarbonising the cloud via renewable energy2. Since it already runs on electricity, this is "merely" a matter of finding more renewable power; unlike rather harder problems like aircraft.

1. I make this worse because my pix go onto Flickr - via autouploader - and also onto Google Pix, because I have a Pixel phone.

2. Google, to take a random example, alreaady does this. There's an ever-so-slightly weaselly "matched 100 percent of its global electricity use with purchases of renewable energy" in there, but I think it is good enough.

I'm not convinced without more numbers. There are huge datacenters in Oregon for Google, Facebook, etc that exist in part for when someone calls up a photo or file from the cloud from 5 years ago.

My iCloud Drive is about 9 GB. iCloud Photos about 4 GB. Yeah, they're nice to have as backups. But if a tenth of the 4 M people in Oregon have the same, that's 5,200 TB - basically 5,200 laptops. Just for Oregon, a relatively small state in population.


Start with a disk.

The disks keep getting larger and more power efficient.

That's not the whole story of course, as computers, networking and such is needed between you and the disk.

Y'all are forgetting that electronics (storage included) is by and large substitution for physically tangible objects.

Disc storage is a huge net win for the environment. As is email. As is most everything electronic.

If you don't want people to take pictures, be explicit about what you are calling for.

But printing things out costs money; whereas electronic storage is free, to the user. Which is why we all (since we all now have phones) take ten pix of the one view now, whereas we (but only the relatively few that owned cameras) used to take one pic of every tenth view. So I think (suspect, guess) the overall balance probably tilts towards more energy use.

This says (Figure 2) global data centers used about 200 TWh of electricity in 2018, obviously for a lot more than photographs:

By contrast, the US uses about 4,000 TWh annually.

David, thanks for the numbers. But hard to judge, when they're used for so much else too.

Well, just two things--analogue photographers do take multiple pictures of the same person/object, print them out and discard them.

That leaves data centers free for the entertaining processing of Bitcoins, I guess...