Climate crisis to shrink G7 economies twice as much as Covid-19, says research? 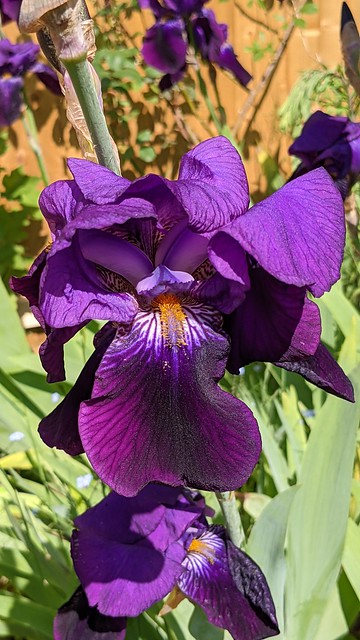 'Tis the Graun, and therefore not to be trusted with complicated things like numbers. But, a useful pointer to a new report, The economics of climate change: no action not an option from Swiss Re (the Graun describes it as "Oxfam and Swiss Re" but I don't see why Oxfam get a look-in).
To illustrate the difficulties of numbers, the Graun sez The G7 countries... will lose 8.5% of GDP a year, or nearly $5tn wiped off their economies, within 30 years if temperatures rise by 2.6C. I don't think that is believeable: losing 8.5% of GDP every year would pretty soon get you down to near-zero and would be catastrophic. I think they mean "lose 8.5%, which means every year you have 8.5% less than you would otherwise have". Of course they don't mention that GDP will (on their projections) increase by <whatever> by 2050, so overall GDP will still be higher2 (shades of similar reports about agriculture1) but never mind.
Cast aside the Graun and proceed to the report. Which I immeadiately confess I only skimmed in the most basic manner. I'm really hoping someone else will read it for me. From the Exec Summary:

Recent scientific research indicates that current likely temperature-rise trajectories, supported by implementation of mitigation pledges, would entail 2.0–2.6°C global warming [over pre-industrial] by mid-century. We use this as the baseline to simulate the impact of rising temperatures over time, while also modelling for the uncertainties around most severe possible physical outcomes. The result is that global GDP would be 11–14% less than in a world without climate change (ie, 0°C change).

Is the temperature projection plausible? We're at about +1 now, we're increasing at ~0.25 per decade (you can tell I haven't looked at this stuff in a while, and a quick Google didn't find me a good answer) so +2 is plausible, +2.6 is probably pushing it (oh. See fig 3. They seem to have used RCP 8.5 for that, sigh). But grant them that: what's the damage, guv? They provide vast details of regional and national breakdown, feel free to read the report if you're interested, but for "World" we get –11.0% (+2) and –13.9% (+2.6); see table on page 4.
They do report that the Stern Review analysed a number of impact channels from climate change... used an IAM to quantify aggregate impact and concluded that... global warming would lead to estimated average losses of between 5.3% and 13.8% of world per-capita GDP in 2200. Now there's a massive difference between 13.8% by 2200 and 13.9% by 2050. One of the marks of honesty in these things is reconciling your differences against previous work; as far as I can see, they fail that test.
I don't think they're using an IAM for their damage, but I couldn't be bothered to work out exactly what they are doing. But what I did find is that there is an "(un)known unknowns" element. So for example, the 11% for +2 is –1.3% –5.7% –11.0%, depending on whether you add in 0, x5 or x10 of the "(un)known unknowns"3. Page 14 notes that a key differentiator of our analysis is to adjust for omitted impact channels and (un)known unknowns, which other models typically do not do. This isn't totally unreasonable: a criticism of IAM damage functions is not including unknown things. However... the massive range (from 1.3% aka really-quite-small to 11.0% aka really-quite-large) should deffo have been called out in the Exec Summary. They justify their range with  For policy response, it is important that both public and private sector stakeholders do not underestimate the full loss potential that climate risks pose as though it were a one-way decision: but of course it isn't. There is also policy risk from over-estimation. Quite what the (U)U are, I'm not sure... well, obviously not, they're unknown, but quite how they calculate them. They say Absent quantifiable data and acknowledging the presence of known unknowns and unknown unknowns, we take the cross-country median of the combined elasticity of productivity-linked channels (agricultural, heat stress and human health impacts) as a proxy for the omitted channels, and correct country-specific parameters by adding that composite proxy to the estimated productivity elasticity of a given country but that's gobbledegook to me.

* The birth of Robin Hood.
* 7 Teen.
* A project of one's own - Paul Graham.
* Tax Maximizers: Good Greed and Bad Greed by Pierre Lemieux.
* Nikole Hannah-Jones vs the UNC Board of Governors: Academic Freedom for Whom? by Michael Munger
* ProPublica's Bombshell, Bullshit Tax Story: What happens when journalists don't have any friends in finance to challenge their thinking? by Jeremy Arnold via Twatter.
* I Will Not Eat The Bugs - SSC / ACT

1. As John McCarthy was saying in 1999.
2. Timmy also notices this point and writes on it for the - spit  - GWPF (safe arch link); I wonder how much they paid him? (I'm presuming they paid him cos otherwise I guess he'd just put it on his blog). But they didn't get much for their money; he expands this one point into an entire article.
3. A point that (boo, hiss) Bjorn Lomborg correctly makes. A point which the usual idiots - in this case the secretive David Roberts - totally miss.
Posted by William M. Connolley at 11:45 am

Using Stern and RCP 8.5 guarantees pessimistic outcomes. Stern posits population of 15 billion, and the problems with RCP 8.5 have been discussed in detail.

I believe IAMs are flexible enough to provide a range of possible outcomes that include reality.

I'm not sure but I don't think they're using Stern. I think they're just citing him, cos people expect them too. And then ignoring him. Though TBH I could be wrong, I really didn't find quite what they were getting their base numbers from.

I did wonder what you'd think about Timmy scribbling for the GWPF. As you say, it just expands on the point you made.

Talking of TW, did you read his book(let) The No Breakfast Fallacy? As is happens I wrote a review of it for Scott A's book review contest. You can find it buried in the runners-up pile under 'The..'. If you're interested in reading something Julian Simon-esque (on steroids) I self-recommend it. Otherwise... not :)

I didn't read the booklet but I did read https://www.adamsmith.org/research/the-no-breakfast-fallacy. That mostly agreed with what I thought already, so I just went meh. As to the CoR / LtG: well, see Is Decoupling GDP Growth from Environmental Impact Possible?.

I don't know where AST keeps the runners up... go on, link to yours.

The most recent open thread (175) has the link - point 4 'S-Z here'. Scroll down to page 242 and you have arrived at your destination.

What you read on the Adam Smith site is identical to what was in the booklet before it became unavailable.

On the possibilities of decoupling I'll stay agnostic. Or rather, it's possible but who knows how likely? The LtG claimed, tho', that actual running out of finite resources was a disaster in the offing - something that Timmy's No Breakfast (and my review even more so) tackles head on.

OK, so I found it. And below it a review of Popper's "The Open Society and it's Enemies".

I can see why it was remaindered... too painstaking, too little literary style? And (as you yourself point out) little shorter than the original. And less a review than an exposition. Still, one might hope that a few more people will encounter the right ideas.

As for TOSAIE, that wasn't the review I wanted to write, so fine.

"Popper’s genius is in invoking the Paradox Of Freedom. Freedom he says, defeats itself, if it gives the freedom of a strong man to bully a weak one. This must be extended to economic matters. I cannot use my economic power to put you into servitude. Your starvation does not give me licence to unrestrictedly use your labour."


As nice of refutation of Libertarianism as I've seen.

I think you may not be entirely unbiased on refuting L. And note this does not have P's authority it is but a paraphrase.

As to the substance of those words: it is over compressed and emotional.

You would be completely unbiased, of course.

Swiss Re have been issuing scary reports for at least a decade now. As the saying goes, time in the market is better than trying to time the market.

Only the little people pay taxes.

That's because the big people pay the politicians to write favourable tax laws.

How does this process stop? Or does it?

The USA in my lifetime has gone from one of the most egalitarian societies to one of the least.