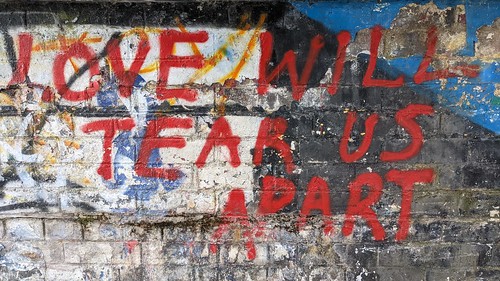 Dear reader, I have grown sick of Rawls. He is so endlessly prolix; he re-states himself so often; one never knows when one is at the final version of whatever he is pushing. And he is so often and thoughtlessly wrong.
It got to the point where I seriously wondered if he was being dishonest. But I think he is merely blind to things he would rather not see.
Please refer to Rawls: some initial quibbles and Rawls, continued if you can bear it.

* his conception of the Veil of Ignorance is not coherent;
* his assertion that people behind said veil would agree is wrong;
* his assumption that all are risk-averse is wrong;
* his idea that socio-economic stuff should be mixed in with justice is wrong;
* the comparisons that he so casually asserts can be made between radically different societies cannot be made.

Now we come to chapter 3. I find The two principles of justice, however, seem to be a reasonable proposal. In fact, I should like to show that these principles are everyone's best reply, so to speak, to the corresponding demands of the others. In this sense, the choice of this conception of justice is the unique solution to the problem set by the original position. He needs this; because he wants an unique solution. Framed the way he does, though, he will not get an unique solution. This is because, unlike Hobbes, his solution is not constructive. Instead, his solution consists of him pulling out his favoured principles and saying "now I am going to show you a list of other things and I think you'll agree mine is best" (I am not joking). Whereas Hobbes proceeds, logically, step by step, deducing everything he says from what has gone before (as an aside, Hobbes is wrong, because the correct solution - or so I say - is not an unlimited Sovereign; but Hobbes argument is good, and most people will not be able to point at the flaw. Whereas Rawls is riddled with obvious errors. Also, Hobbes language (stemming, I suspect, from his erudition) is vastly superior).

Quoth Rawls: I shall simply take as given a short list of traditional conceptions of justice, for example those discussed in the first chapter, together with a few other possibilities suggested by the two principles of justice. I then assume that the parties are presented with this list and required to agree unanimously that one conception is the best among those enumerated. We may suppose that this decision is arrived at by making a series of comparisons in pairs. Thus the two principles would be shown to be preferable once all agree that they are to be chosen over each of the other alternatives... Now admittedly this is an unsatisfactory way to proceed. It would be better if we could define necessary and sufficient conditions for a uniquely best conception of justice and then exhibit a conception that fulfilled these conditions. Eventually one may be able to do this. For the time being, however, I do not see how to avoid rough and ready methods... For the present, no attempt is made to deal with the general problem of the best solution. I limit the argument throughout to the weaker contention that the two principles would be chosen from the conceptions of justice on the following list.

He then proceeds to list his "two principles" vs various versions of utilitarianism. Since utilitarianism doesn't work (everyone knows this, don't they? I don't have to prove it), this gives him an easy win. But he has carefully excluded just-his-first-principle from the comparison.

That gets me to the end of Chapter three, and of Part I entirely. Woot.

John Gray, who I'll get to in a moment, notices some of the problems with Rawls, in his Enlightenment's Wake. In particular, in Agnoistic Liberalism, he points out that Rawls' work is anti-political (p 76 in the Routledge paperback edition). I think this is true, in the sense that Rawls wants, not rule by philosopher-kings, but rules devised by same; and in this way he has fallen into the trap that Plato left him. Gray's contention is that Rawls expects too much: that he wants to deduce too much, he expects too much to be determined from his principles. And as I said above, he can't have this. Gray concludes that politics will have to solve conflicts of rights, whereas Rawls waves the conflicts away (p 72, "contoured").

Good. Now you can write about something more interesting (to me).

No defence of Rawls? I'd have thought he'd be your cup of tea.

Might I suggest a more fruitful line of investigation (time passing) for you?

I am content to say that I did not know John R. from Lou before your essays, and I am largely allergic to philosophy in general and political philosophy in particular. From Plato to Rawls it seems political philosophers talk mostly of an imaginary world almost nothing like the real one. His veil of ignorance idea strikes me as ridiculous. Humans are acutely aware of status and compete constantly for it.